Google is going to fully unveil the Pixel 7 and Pixel 7 Pro smartphones at a special event on October 6, and while we're getting closer to that date more and more info about these two is either being teased directly by the company or being leaked by various sources.

Today the first Google-posted render showing the front of the Pixel 7 Pro surfaced on Facebook, and you can see it below. It seems like the screen's curves have been toned down a lot compared to the Pixel 6 Pro. Otherwise, there's also a render of the back of the Hazel colorway, two Pixel Watches, and a pair of Pixel Buds Pro to gawk at here. If you want to join the Pixel Superfans Facebook group, you'll need to join a waiting list however, as requests to join are closed at the moment. 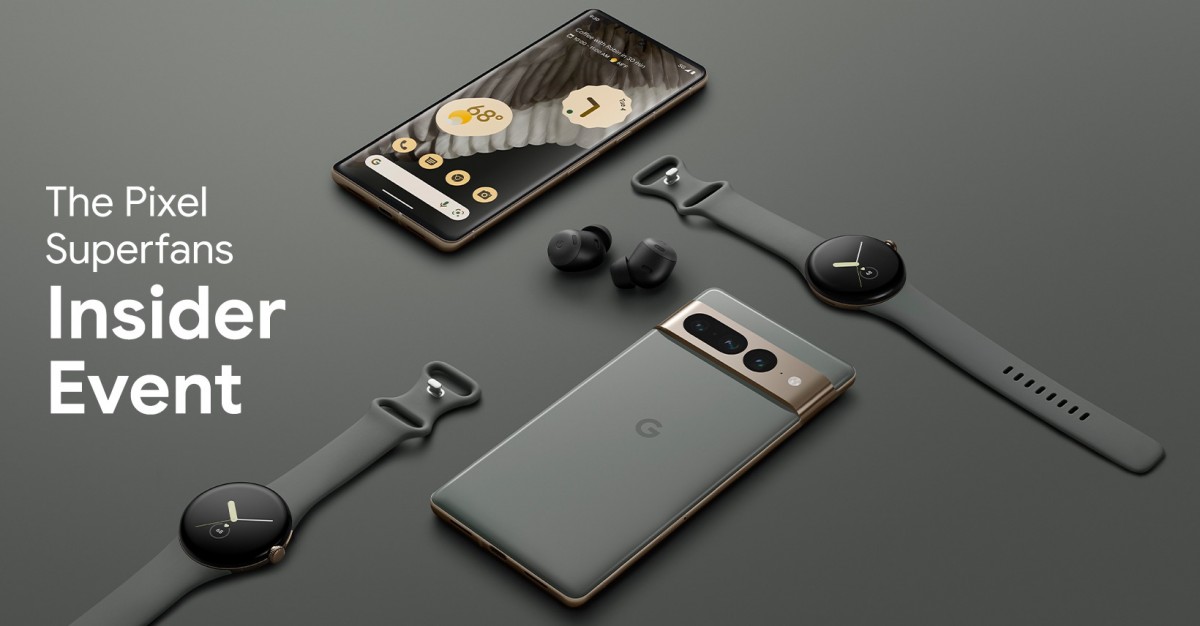 Alongside this, a new leak tells us that the Pixel 7 will cost as much as the Pixel 6 did when it launched, and the Pixel 7 Pro will likewise match the Pixel 6 Pro's price. That means the smaller model will go for $599, while the bigger one will retail for $899, just like last year.

Of course, even if these leaked prices do pan out, keep in mind that they only cover the US market. This year Apple also kept its iPhone prices intact in the US, but hiked them across the board in other countries, so Google might just do the same.

As revealed before, the Pixel 7 will be offered in Snow, Obsidian, and Lemongrass, while the Pixel 7 Pro will come in Obsidian, Hazel, and Snow. "Snow" seems to be Google's way of saying "white", while "obsidian" is a stand-in for "black".

Today's leak also tells us that if you pre-order a Pixel 7 at Target, you'll get a $100 gift card, while pre-ordering the Pixel 7 Pro means a $200 gift card. Pre-orders will start on the day of the event, October 6, and the previously rumored October 13 release date is 'confirmed' once more by this rumor.

Google Pixel Watch color versions leak, along with price range for the base model

Google rumored to be working on a compact Pixel phone

Hey google, my hand is still the same size... why the phone so ginormous now?

Which one to go for?