Update: Shortly after Google released it for its Pixels and Nexuses, the August security patch started hitting Nokia smartphones as well. It's currently out for the Nokia 5 and 6, although the Nokia 3 should also be getting the update sooner than later. 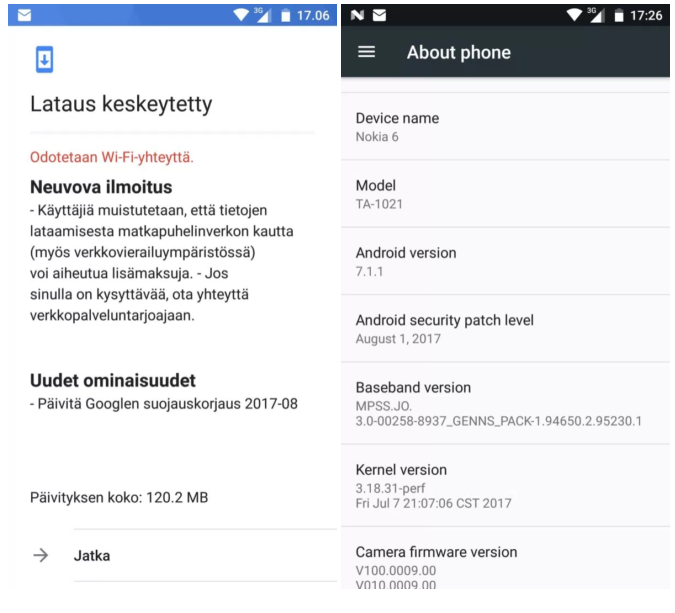 Last month, Nokia was the first company to push out the monthly security update.

Since it's the first Monday of the month, today gets the honor of being the day on which Google has released the latest Android security patches. As always, the company pushes these directly to the Pixel and Nexus devices it still supports, while third party Android device makers will hopefully update their handsets in due course.

The August security update is split in two levels unsurprisingly, August 1 and August 5. The former contains most of the patches, while the latter fixes some low-level kernel exploits. Nexuses and Pixels always get everything, while for other devices their respective manufacturers will choose what to include.

The factory images and full OTA zip files are already up for grabs from Google's website - that is, if you have a Pixel, Pixel XL, Pixel C, Nexus 6P, Nexus 5X, Nexus 6, Nexus 9, or Nexus Player. If you're not into manually flashing things, don't worry - the over-the-air rollout of the update should have commenced already and will hit your particular device at some point within the next few days.

Latest update to Google Allo prepares it for web client

If Android upgrades and patches roll out almost the same time for Nokia that means they are not pushing in blotwares in their phones.... That makes my choice for next phone a Pixel XL 2 or a Nokia 8. Now depends on who has the better camera. :)

I'm happy to see Nokia and Huawei (I think) and OnePlus (I think) releasing the latest security patches. I'm just wondering how long they will take to release Android O once it's out for our Pixels.