Google reportedly working on two smartwatches of its own

According to Android Police and one of their reliable sources, Google is reportedly working on its own two Android wear smart watches that could possibly be Nexus branded. One would feature LTE connectivity and GPS while the other would omit these. 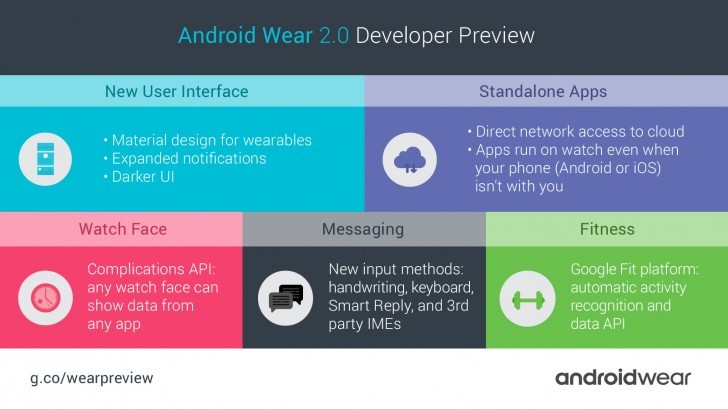 There are two alleged watches coming. One is called the Angelfish and the other will be called the Swordfish with the former being the larger model with the added connectivity mentioned above and the latter to be the smaller more budget-friendly model.

The Angelfish resembles the Moto 360 in the round-ness of the watch’s face. There are lugs studded around the body with a housing that smoothes into the watchband’s assembly. But it’s mentioned that the body won’t resemble a puck shape. Android Police calls the design “subdued but sporty”. There are also 3 physical buttons, one on the center of the right side, and the other smaller two either above or below.

Here are some other points mentioned in the report regarding the Angelfish smartwatch:

The Swordfish is a bit smaller and “reminiscent in basic shape to the Pebble Time Round”. The design is said to have a distinct button arrangement than the Angelfish and does not have an internal screen bezel like the Pebble Time Round did. There is just one single button on the right-center with a polished button cap. The Swordfish is a bit on the thinner side with 10.6mm.

As mentioned above, the Swordfish will not have neither GPS nor LTE connectivity and there’s a small chance that the heart rate monitor will make it to the Swordfish. Also, it looks like the Swordfish model will have interchangeable Mode compatible bands. This doesn’t look very likely for the larger watch as its design doesn’t look like it supports the same Mode mechanism for hot-swappng bands.

Both watches are said to support Google’s new Assistant integration with Google Now-like alerts based on contextual factors such as location, time, or activities.

It isn’t known why Google wants to release its own watches, perhaps they thought Android Wear watches didn’t become as popular as they’d hoped and would like to have control over all aspects of production including hardware design, which was left to other OEMs to make.

We All some Any Sellers

When all else fails, get a Pebble. Totally awesome!