Last year we saw Google's new Ambient Mode, which shows up on the lockscreen of a charging smartphone and gives you information such as notifications, upcoming events, shortcuts to important functions and also turns the display into a photo frame. 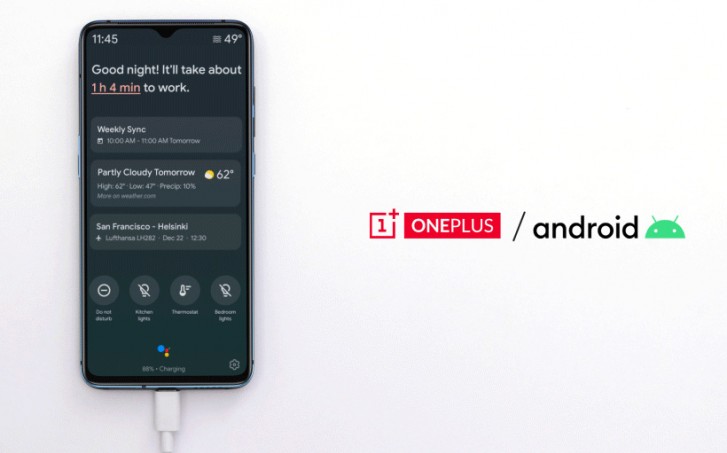 The feature is now rolling out to OnePlus smartphones running Android 8 and above. The feature will show itself to users over the coming days as the rollout progresses.

To activate the feature, open the Google app on your phone > More > Settings > Google Assistant > Assistant tab > Phone > Ambient mode. Here you can also choose whether you want to enable the Photo frame feature for your Ambient mode and which album you want to use from your Google Photos library.

As of this writing, the feature was not yet available on our OnePlus 7T Pro. It was actually not even available on the Google Pixel 3 XL, even though Google announced this feature three months ago. However, it was available on our Redmi K20 Pro, so that's something.

Personally, I didn't see too much use for this feature and eventually ended up disabling it on the one device we did manage to see it available. Being available only during charging limits its usability and when you're charging over a cable, the phone often isn't in the best position to be used or showing any information. This will be more useful for phones with wireless charging and a vertical charging stand. If only OnePlus supported that.

Not in One Plus 5T

I thought this feature was something else, but upon reading more about it, I can honestly say that I won't be using it lol.

"This will be more useful for phones with wireless charging and a vertical charging stand. If only OnePlus supported that," BURN!