Google has some impressive products like Google Home and the Pixel 2/Pixel 2 XL phones, but the biggest issue is lack of availability on a global scale.

A slide from the Digital News Initiative summit in Amsterdam, Netherlands revealed a map of all the countries and regions Google will cover by the end of 2018, spanning across 54 locales in 52 countries and 25 languages with local support. 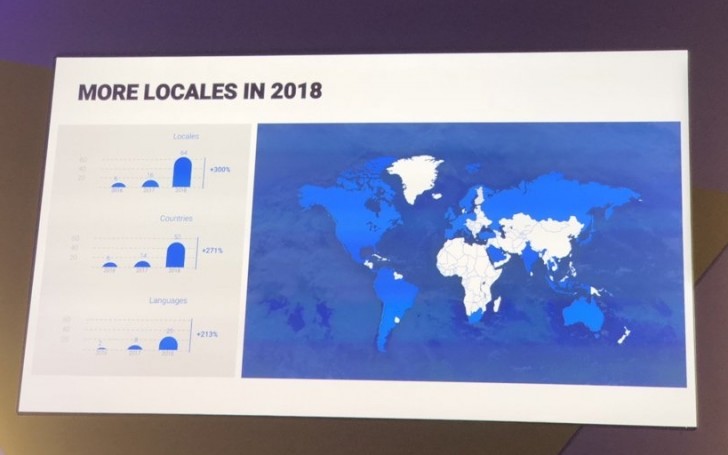 The map shows in blue where Google devices and services will be locally available. The graphics, albeit low-quality, reveal that the new countries will be 38, while the new supported languages will be 17.

I said ''Before''. I know that only Google Assistant can expand.

Now the title is ''Google Assistant''. Maybe GSM was saying that the ''Google devices'' will come before.