Google's Smart Reply feature might be made into an app that would provide these predictive answers in third party messaging apps. This means that other apps like WhatsApp, Facebook Messenger, and WeChat would be able to offer contextually suggestive answers like on Allo and Inbox by Gmail.

This news comes from Android Police where a reader sent in an email from a department of Google's that tests experimental products. This email was sent to those who signed up to receive such notifications and a sign up form can be filled out to test this new app.

The email outlined a few features of the Reply app. Smart replies can be shown directly in the message's notification for an instant response. It might even add smarter replies like when someone asks for an ETA, Google would be able to calculate it for you. 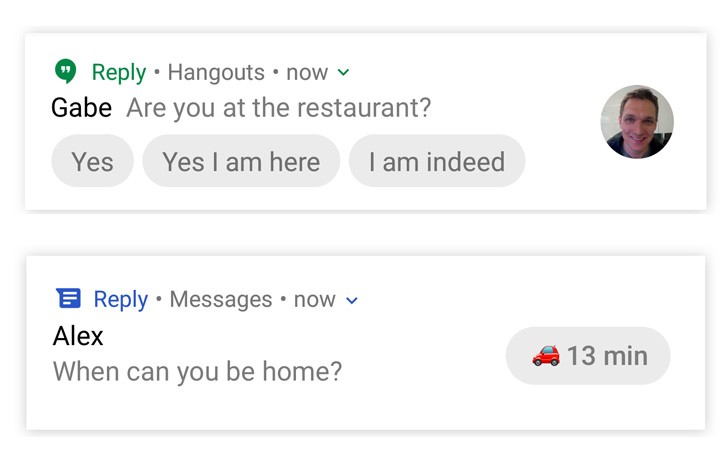 Other features include Do Not Disturb while driving: Automatically lets those who message you that you can't chat right now. If you get a message with more urgent cues like "We're waiting for you." Reply could notify you, even if your phone is silent. Reply can check your calendar and offer vacation responses, as well.

The feature would take into account the message you receive and scopes out keywords to predictively suggest a quick answer to the email. For example, if "Do you have" starts the email, a few suggestions might be:

Google first introduced its Smart Reply feature in late-2015 in its Inbox by Gmail app. The feature would later carry on to other apps like Allo, Gmail, and very recently, the default SMS app: Android Messages, though it is still undergoing a pretty slow rollout.

Agree its going to beat IOS trust me!!!!!!!!!!! Love Smart Reply hand when out and about no time to type a message!

Android is a very happening platform. The reason why I prefer it over iOS.