Google Translate is ten years old, now supporting 103 languages. Yet with the new feature that Google is announcing today, Translate is apparently improving more in a single leap than in the last ten years combined.

It's called Neural Machine Translation (NMT), and initially it will be working for eight languages: English, French, German, Spanish, Portuguese, Chinese, Japanese, Korean, and Turkish. These are the native languages of about a third of the human population, and they cover more than 35% of Google Translate queries. 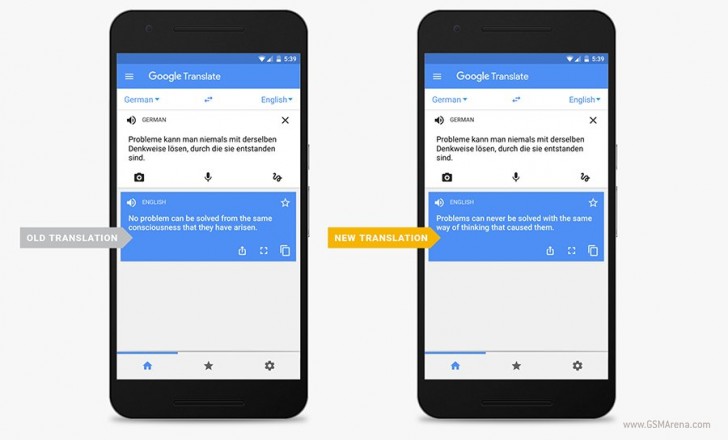 Every time you translate something from one of these languages to another you'll be using NMT. This new system translates sentences at a time, taking into account the intended meaning as a whole, the broader context. This results in much more human-feeling translations than the old system which went through text piece by piece. Grammar should be vastly improved with NMT, with translated paragraphs being a lot smoother and easier to read than before. The system will even learn over time to create better translations.

Why wait for Google? Leading Machine Translation companies have been supporting Arabic for years.

Me too, they will be adding it soon

Finally!!! After years and years of botched English and Japanese translations, we have an accurate translation! All hail progress!!