Aside from making the Pixel 4a 5G and Pixel 5 official, at its online event today Google has also taken the wraps off its newest smart speaker, the Nest Audio.

This is the successor to the original Google Home smart speaker, sitting in the lineup in between the Nest Mini and the Google Home Max (which for some reason has yet to be rebranded). 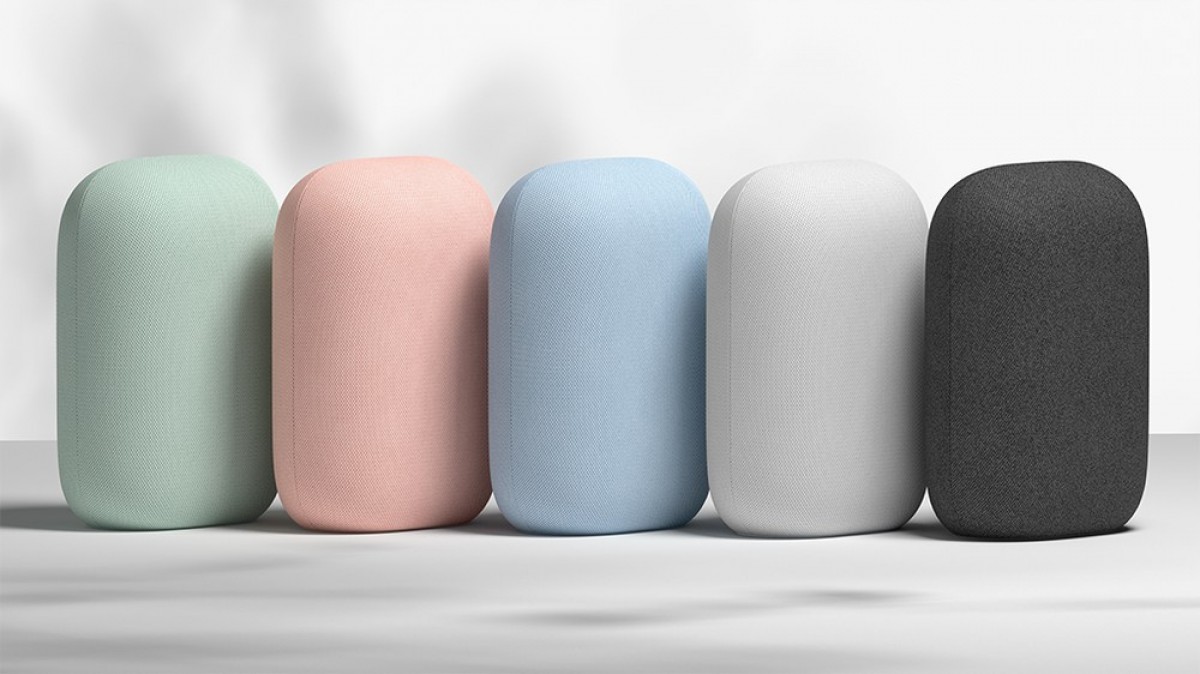 The Nest Audio is $30 cheaper at launch than its predecessor was, costing just $99. For that amount of cash, you're getting a sound system with a 75mm "mid-woofer" and 19mm tweeter, three far-field mics, and a two-stage hardware mic mute switch.

Google says it's 75% louder and has 50% stronger bass than the original Google Home. The company promises you'll get "full, clear and natural" sound, since it spent more than 500 hours tuning it to ensure balanced lows, mids, and highs.

The Media EQ feature lets Nest Audio automatically tune itself to whatever you're listening to - music, podcasts, audiobooks, what have you. With Ambient IQ, the Nest Audio adjusts the volume of what it's playing based on the background noise in your home.

Naturally, Google Assistant is built-in, as are capacitive touch controls on the top of the fabric-clad device. In the US, the Assistant on Nest Audio learns from your most common music commands and responds two times faster than it did in the original Google Home.

The Nest Audio is powered by a quad-core Cortex-A53 CPU clocked at 1.8 GHz. The speaker connects to Wi-Fi a/b/g/n/ac, and its enclosure is made from 70% recycled plastic. Colors on offer are Chalk, Charcoal, Sage, Sand, and Sky. It weighs 1.2kg and its dimensions are 124mm (width) x 175mm (height) x 78mm (depth).

You can connect two Nest Audio speakers to get stereo sound, and move the music to go with you when you enter another room (through Google Assistant commands). You can also play the same music on all of your Google Home/Nest speakers at the same time.

The Nest Audio will be available in the US, Canada, and India on October 5. It will then spread to 18 other countries on October 15.

anyone here who realizes that the colors match with newest ipad air??? is that a coincidence?

Oh you sweet summer child, i have bad news for you...

IDK somehow i want to eat them. they look so edible.