Google's Nexus 5 gets a hardware refresh

The LG-made Nexus 5 flagship by Google has received some minor manufacturing adjustments that aim to improve upon its build quality. New Nexus 5s shipped will feature larger speaker and microphone holes along the bottom of the display, as well as buttons which are more flush with the device. 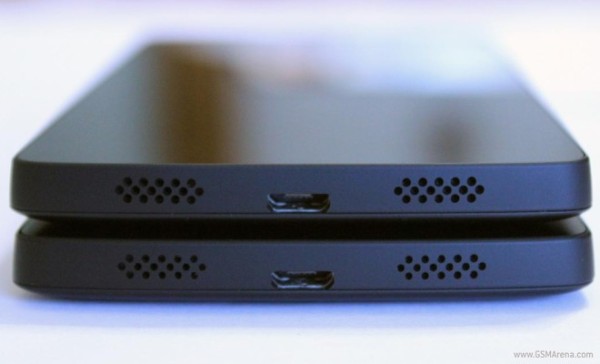 The hardware updates were first noticed by an attentive Nexus 5 owner over at the xda-developers forums, who returned a defective Nexus 5 and received a slightly different replacement unit.

Not all is peachy on the updated models however, as despite their firmer buttons and larger grilles, there are reports of a display that is more hued in yellow, as well as some green stuck pixels.

Initial Nexus 5 purchasers will likely be left out in the cold as there's no word of Google offering an exchange program for first wave devices, but it's good to see Google and LG addressing some of the build quality issues that people were having with the Nexus 5 relatively early in the smartphone's life cycle.

Will I be able to get updated (better) hardware if I order it now (December 27) from Google play store US?

when this refreshed hardware mobile will be available in Indian market.

when it will be available with Hardware refresh in Middle East?