Headphone jack on OnePlus 5 is safe, a cryptic tweet by Carl Pei suggests 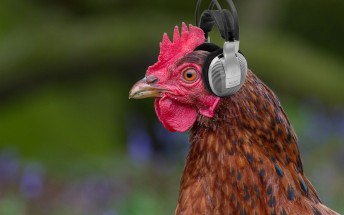 One of the prototypes that weve seen so far didnt have a jack on the bottom, but we never did get to see the top side of that device. It seems that this is what Pei is hinting at, the jack will be on the other side of the handset (perhaps to make room for an extra speaker?).

Why did the headphone jack cross the road? https://t.co/8sSXI8zB8y

Some prefer the headphone jack to be on the bottom, but thats a relatively minor issue compared to not having a jack at all (which is the current trend). Mr. OnePlus also plays with peoples minds when it comes to a potential red version of the OnePlus 5.

Another OnePlus 5 prototype: 3.5mm jack and antenna lines not visible

What a weird way of thinking. Either TOP or BOTTOM jack will not change the bending of the cable LOL. Placement as far to one side of the phone would do that.

But what if you want to listen to audio while your phone is in your pocket? Most of the time you'd be bending the cable...

The headphone jack crossed the road from the bottom to the top of the phone. One Plus is turning out to be the perfect phone, only if the stick to their half ceramic and half metal unibody.