While the future is 5G, the sun has not yet set on the Helio line of chipsets – in fact, MediaTek just refreshed the upper echelons with the reveal of the Helio G96 and Helio G88. Note that, despite their names, these are not strict upgrades over the G95 and G85. 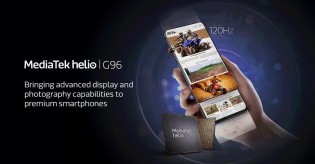 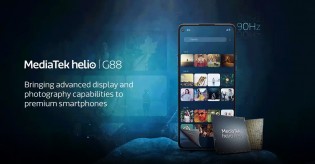 The chip is not without upgrades, however. For one, it supports 120 Hz displays (LCD and OLED alike) at up to 1080p+ resolution, up from 90 Hz. Also, the max camera resolution has been increased to support the 108 MP sensors that are available on the market, though video capture is still capped at 4K @ 30 fps.

The Helio G88 is much more similar to its predecessor. It has the same pair of Cortex-A75 cores running at 2.0 GHz joined by six A55 cores. The Mali-G52 MC2 GPU runs at the same 1 GHz frequency. Even RAM and storage support are the same, the LTE modem is the same as well.

Both the Helio-G96 and G88 were upgraded to HyperEngine 2.0 Lite and support dual-SIM operation with VoLTE. They also feature new camera processing tricks, e.g. 3DNR and MFNR noise reduction in hardware for the G96.

Counterpoint: Mediatek will keep top spot in chip market for 2021

helio g96 is more efficient than helio g90t and g95 because it has weaker gpu. But not as efficient as snapdragon

Is it power hungry or efficient? 😂