Here are the new phones of Week 32

This week was about mid-to-large screens and that all-important photography aspect, with an escape from small batteries. Sony kicked things off with two phones with 13MP selfie cameras. Asus brought out three Zenfone, which upgrade current models with new tricks.

The Asus Zenfone 2 Deluxe is an upgraded version of the top 5.5" model. RAM is now fixed at 4GB (no 3GB model) and storage starts at 64GB with a 128GB option, both have microSD card slots for up 128GB more.

The Zenfone 2 Laser upgrades the camera of the current 5" model to 13MP on the back and 5MP on the front. Both pack reasonably wide f/2.0 apertures. The Deluxe continues to use Intel Atom chipsets, while the Laser breaks from tradition with a Snapdragon 410 chipset.

Asus also unveiled the Zenfone Max. It has a 5.5" 720p screen and Snapdragon 410 chipset, so a mid-range model, but it's defining feature is the 5,000mAh battery. It's not yet clear if it has BoostMaster like the Zenfone 2 Deluxe – if it doesn’t, charging that huge battery will take forever. 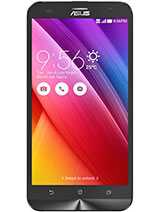 Week 32 is the best week for Sony if pricing not creat problem for sony in favour of xperi M5 They can sale 3-4 lakhs mobiles in month of September- October. I think the pricing of the phone is less than 399$ with taxes. We can say if they come...

Blackberry is the best!