In case you missed it, Sony already confirmed that the Xperia 5 II is going to be made official on September 17. A specs leak and a promo video later, there is now very little mystery left surrounding the smartphone. Still, here are a couple of extra, very detailed images of the incoming compact flagship, courtesy of Evan Blass. 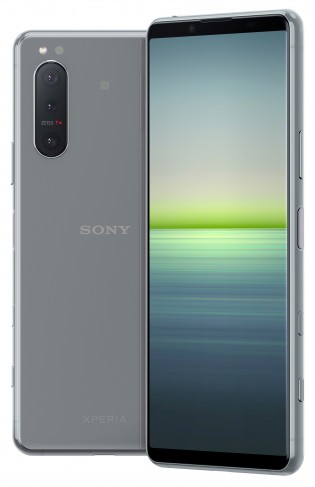 These show the Xperia 5 II in Black and Grey, with another earlier leaked render, already showcasing the device in Blue. Sony’s continued insistence on an odd naming scheme aside, there is quite a lot for prospective buyers to love here. In fact, some aspects of the Xperia 5 II look like nothing short of fan service, like the return of the 3.5mm headphone jack.

A quick rundown of the other specs includes a 6.1-inch, FHD+ OLED display with 21:9 aspect ratio, 120 Hz refresh rate, and 240 Hz touch sampling rate. In the camera department – a 12MP main shooter, with f/1.7 aperture, 24mm equivalent lens, with 82-degree field of view, a 12MP telephoto, with f/2.4 aperture and 3x optical zoom and then another 12MP ultrawide, with f/2.2 aperture, 16 mm equivalent focal length and 124-degree field of view.

All of this, inside a 158 x 68 x 8 mm body, alongside a flagship Snapdragon 865 chipset (non-Plus), with 8GB of RAM and 128GB of expandable storage. Last, but not least, a sizeable 4,000 mAh battery, with Power Delivery charging, via the phone’s USB Type-C port.

Seriously who cares about China price?? I'm only talking about International version. And price of international version in AliExpress itself shows it is 389$. That is the cheapest price u get. https://www.aliexpress.com/item/4001349671785.htm...

I don't care about fanboys ,the k30 ultra cost globally 327 euro unless the re seller set a higher profit margin , in china it is officialy 286 dollars wich is less than the 327euro tradingshenzhen.com/en/redmi-k30-4g-pro-5g-k30-ultra-poco-...

don't spread lies , the k30 ultra official price in china is 286 dollars search for it , if it cost more then that's because of the seller profit margin , on shenzen trading it cost 327 euro and the dimensity is better than 855 plus but a b...