Here's an in-depth look at the Galaxy S7 camera

The Samsung Galaxy S7 and Galaxy S7 Edge come with a few differences but share many identical specs. The camera is one of those and is a key focus on both devices. Samsung scaled down the resolution from 16MP to 12MP which has resulted in bigger pixels (1.4µm on the Galaxy S7 and S7 Edge compared to 1.12µm on the Galaxy S6).

Couple that with the larger aperture of f/1.7 - which is now also class leading in smartphones - and you've got a serious contender for the best camera on a smartphone.

And the results are spectacular, there is no two ways anout that. Check out these camera samples that we shot in the unfavorable indoor light at the Galaxy S7 anouncement venue. 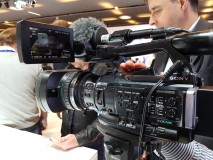 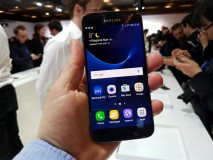 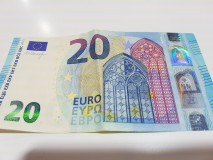 The new Dual Pixel technology is an evolution of Phase Detect auto focusing, and it makes the Galaxy S7 wicked fast in acquiring focus. You can check out the video we took that demonstrates this better than any words could.

But it's not all about the hardware - Samsung has put lots of work into the software behind the new camera.

For starters there's Motion panorama which captures the moving subjects in the panorama, instead of just butchering them in the stitching process - it's like a panoramic video almost.

Another feature, Motion photo, captures a three-second video before you've pressed the shutter - it also allows you to preserve a still photo.

The built-in Hyperlapse mode is a first on a Samsung cameraphone as well, and it is a great add-on that makes digitally stabilized time-lapse videos.

Finally, Wide Selfie captures a panorama with the front-facing camera.

The only thing we're not sure about is what Smart OIS stands for. There's no specific mention of optical image stabilization on the Galaxy S7 and S7 Edge and the less protruding lens could mean it's only Electronic image stabilization (EIS). We'll certainly have to see about that before we pass our final judgement.

"But I do think that N8 should be included if GSMarena ever make a proper shootout. But that is mostly so we can lay all this old Nokia hype to rest." GSMArena has the N8 in its database. The following link is a comparison to the S6 edge+ and ...

Pixel technology has moved on since the N8. Pixels are more sensitive to light, less prone to noise, and combine that with better processing, and pixels can be made smaller, while still keeping the same performance. However, I do think that it woul...

Everything is good but why 4:3 aspect ration as it doesn't cover whole screen . If image covers full screen then it looks nice.