While the Galaxy A01 is already the most affordable member in Samsung’s A-series to date, the company is preparing a model with an even lower price tag dubbed the A01 Core. We’ve already seen it pass several certifications earlier this week and now we have our first look thanks to a leaked image from Evan Blass. 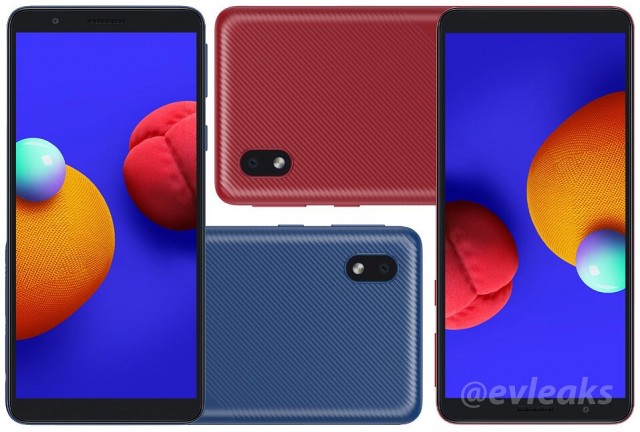 The A01 Core is expected to launch with a 5.14-inch TFT display and 720p resolution with symmetrical top and bottom bezels. The phone will rely on the Mediatek MT6739WW chipset with 1GB RAM. It will run Android 10 and will likely come with Samsung’s One UI Core on top. The back features a ridged design pattern and shows the phone will come with a single main camera and LED flash.

The A01 Core will be available in blue and red colors with dual or single SIM variants. It will likely come to multiple markets and is expected to feature a user-removable battery like past Core-series Samsung phones.

Samsung Galaxy A01 debuts in Vietnam with Snapdragon 439

Exactly. EU is thinking about forcing manufacters to have removable batteries. The new Xcover Pro has one though.