Hisense is not exactly a household name, by any stretch of the imagination. At least not to the Western consumer.

To be fair, in certain markets and in specially in the TV realm, the Chinese government-owned brand is actually a rather formidable force.

That being the case, we can't and really won't try to recommend the HLTE300T. However, it is still quite the attention-grabber. Passing by it at the IFA venue, we just couldn't resist snapping a few shots and getting some hands-on time with it. 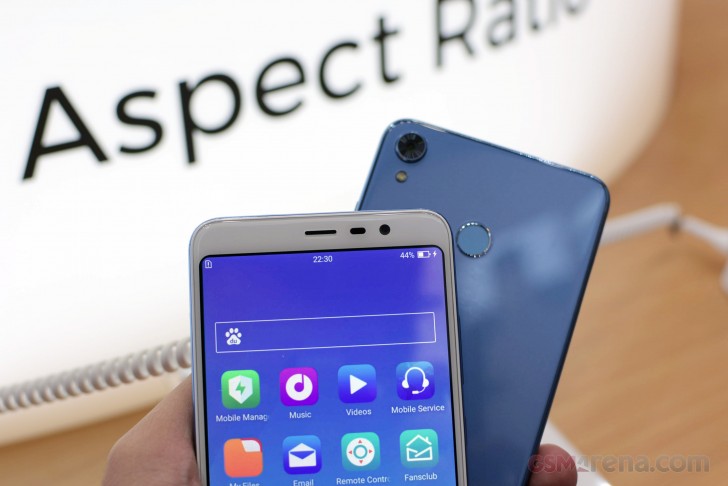 The Hisense HLTE300T, which we really hope is not its marketing name, definitely has one distinctive feature going for it - the 5.99 inch, 18:9 IPS, LCD display. With its rounded edges, the LG inspiration is rather obvious. That, however, shouldn't be misconstrued as criticism in itself. Quite the opposite, the industry has already made it clear the ultra-wide aspect ratios ate going to be a thing in the foreseeable future. And devices like the LG Q6, offer hints that there is space for such experiments outside the flagship realm as well. 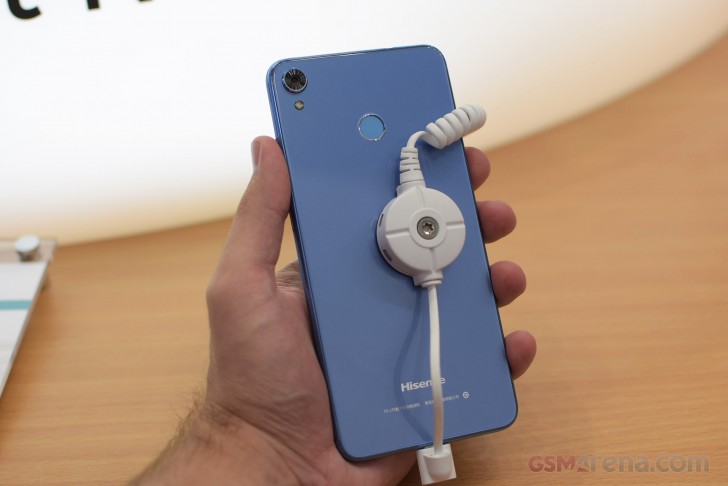 By all accounts, that is precisely where the HLTE300T resides. Although, Hisense didn't offer any information of pricing or availability, the Snapdragon 430 chipset, HD resolution and rather thick black bezels around the display spell that out loud and clear. To be perfectly honest, that really doesn't sound like a lot of compute power. Still, it is not that far off from what the LG Q6 has to work with.

Hisense HLTE300T from all angles

Also, while not blurry or pixelated at first glance, the 5.99 inch panel is definitely big enough to fall a bit short in a pixel-peeping investigation. On a more positive note, 4GB of RAM, with 32GB of expandable storage and a 3,530 mAh battery do sound pretty serviceable. The HLTE300T also has LTE support, a fairly snappy fingerprint reader on the back and a 12MP, PDAF snapper on the back, accompanied by a 16MP selfie one, both with LED flashes. Overall impressions start to pick up even more when examining and evaluating the phone's construction. Its back side is covered with glass, hopefully a scratch-resistant one, which feels really nice to the touch. Plus, the blue color has a certain pop.

To be frank, potential performance hurdles might be the only obvious drawback here. During our limited time with the unit, the UI seemed to work smoothly. Reasonably snappy app launches and behavior as well. Anyway, the heavy skin, which Hisense has dunned "VISION", running on top of Android Nougat 7.1.2 can't be doing performance many favors. Still, we were happy to find Google Play services and a full accompanying app package pre-loaded on the HLTE300T.

ZTE announces the Nubia Z17 Lite with a Snapdragon 653 chipset

hello, I have been looking an LCD Screen for this phone, can anyone tell me where to find it? I searched it for longtime.

please how can I update my phone english