Remember UFS cards? They promised much higher performance than microSD, but never caught on – even Samsung, which helped introduce the new standard and designed a hybrid slot, doesn’t have any phones that support them any more. But there was hardware at IFA that showed the massive speed advantage of UFS.

The Hisense T91 is a prototype phone based on the Snapdragon 845 chipset. Inside it was a 1TB UFS card, which was put through its paces by AndroBench 5. For comparison, a similar handset was used with a microSD card (rated at 80MB/s sequential reads and 30MB/s writes). 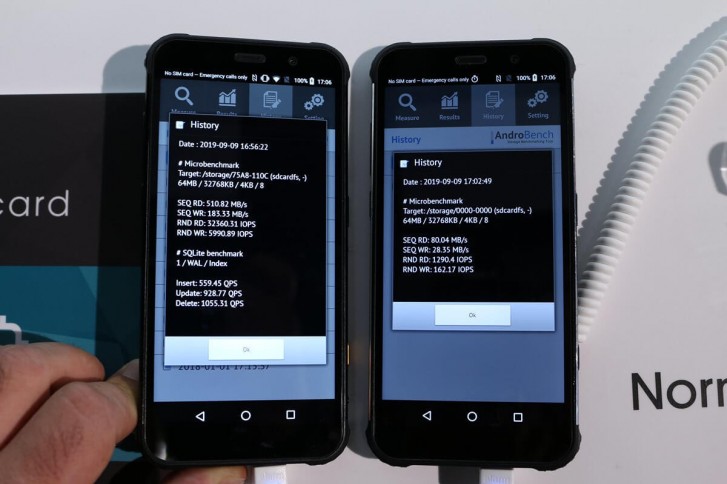 The results speak for themselves – the UFS card offers 6x the sequential read and write speeds. Random access is even more impressive, 35x better when it comes to random writes. And it's not just microSD, this UFS card can beat internal storage too.

It is a good deal faster than eMMC storage that is commonly used in non-premium devices these days. Actually, the numbers come close to the speed of built-in UFS 2.1, which was used in recent flagships (e.g. Galaxy S10, Huawei P30 and others). 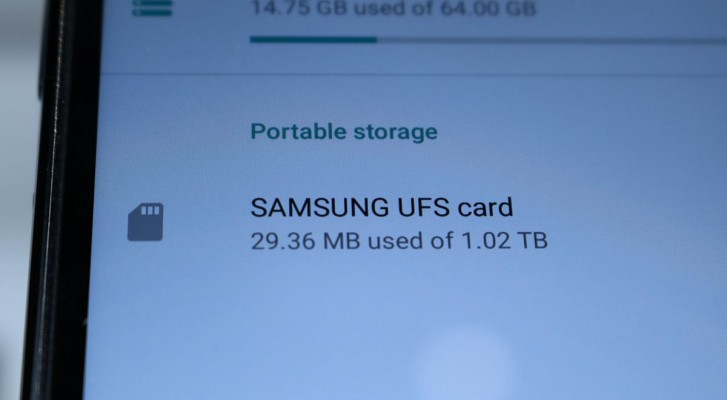 Also notice that this was a 1TB UFS card – the first 1TB microSD card appeared only in February this year. So, clearly the technology is ready and Qualcomm’s chipsets support it, but smartphone makers have completely ignored the standard so far.

I heard of the UFS flash memory card from Samsung 4 years ago but it was never launched, even now you can only find the hybrid card slots on some of their laptops. Even Huawei has their own memory storage card of much slower performance & incompa...

A simple google search revealed this; https://www.quora.com/What-ARM-SoC-families-currently-support-PCIe-and-which-ones-have-PCIe-support-planned A detailed search would reveal more.

At some point people were working towards making it viable, but did it ever actually launch in a shipping product? Which mobile SOCs have/had PCIe lanes?