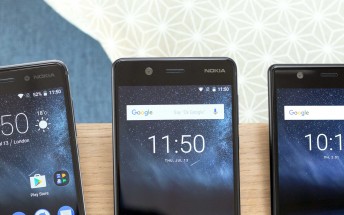 After Sony, now HMD has revealed its plans for the Oreo update. The company has confirmed that all Nokia-branded Android smartphones - the Nokia 3, 5, 6, and 8 - will get the Android 8.0 update. The confirmation came in the form of a tweet from a top HMD executive.

All of our smartphones will upgrade to Oreo, Nokia 3 included. No comments yet on timing so that I don't get into trouble 😊.

Sadly, the executive declined to provide an exact roll-out time frame. However, if you remember, Google recently announced that devices from several companies, including HMD, will get upgraded to Android Oreo by the end of the year.

Android 8.0 Oreo is now rolling out to all supported Pixel and Nexus devices across the globe

Verizon's Pixels are starting to receive the Android 8.0 Oreo update

Companies who could not tell their heads from their ass shouldn't make a huge variety of them. Like the company that confirmed nougat for an ancient midranger and skip more capable flagships.

To reiterate what was expected is not surprising at all. I want to see is Nokia confirm Android P at least pro 5 and 6.

You make zero sense at all. It's not like Oreo is on these devices already, there is much work to put oreo on with features, or there is even that many phones to update. In 5 years from now if they can make the same promise we shall see. Especially...