Here's something weird and interesting. HMD Global, the company making Nokia smartphones, has published its (very rough) timeline for when you should expect its devices to get the update to Android 11.

Hold on, you say - that's neither weird nor (when you see how vague it is) that interesting. Well, the weird and interesting bit is that the company has quickly taken the timeline down after publishing it. 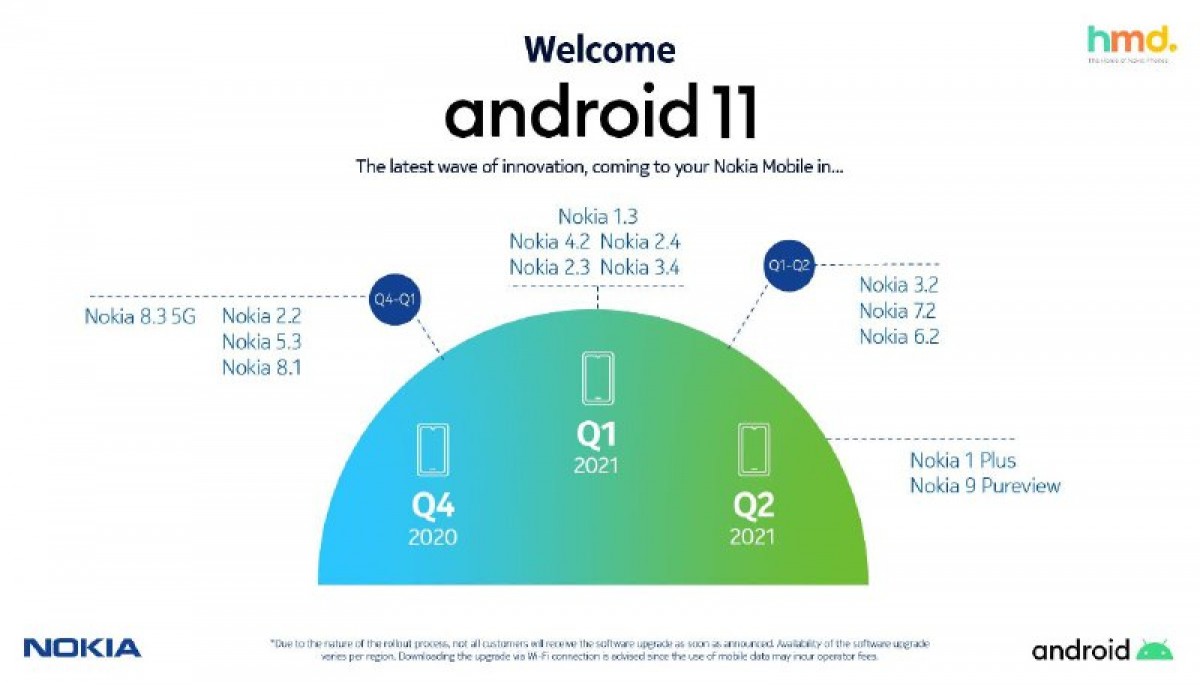 So we're not quite sure what's going on here. Maybe someone made it live too soon, but if so - why exactly would it be "too soon"? Android 11 has been out since the beginning of the month, and Nokia owners everywhere are clearly wondering what to expect, update-wise.

The other option we can think of is that the timeline is still being revised, which is definitely a possibility you should keep in mind while looking at it. Because the internet is forever, you can see it in the image above.

Let's dissect. The first models to be graced with running the latest version of the OS are the Nokia 8.3 5G, 2.2, 5.3, and 8.1 - somewhere in the fourth quarter of this year (October-December) or first one of next year (January-March).

Hopefully HMD Global figures out what's what sooner rather than later, and then re-issues its official update timeline for Android 11, with or without modifications.

Only 2 big updates were promised for all Nokia phones. Sirocco was updated from Android 8 to 9, then to 10. That's it. As owner of Nokia 8 Sirocco, I also would like it to be updated, especially if you consider the fact that there are only ...

Out of luck most likely, first gen Nokia phones were not a part of Android ONE program... :(