HMD has scheduled an event in India for April 4 with hints that it will be about Android One phones. That doesn’t narrow it down much, but Twitter user @IshanAgarwal24 has dug up information, which suggests the Nokia 7 plus will be exclusive to Amazon India.

Apparently, the 7 Plus will be sold through flash sales, similar to the sales approach of Chinese companies. 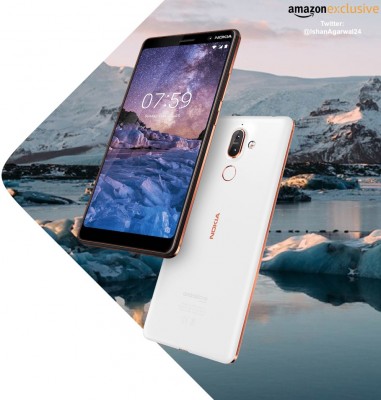 The Nokia 7 Plus may be exclusive to Amazon India

There’s a chance that more phones will be shown at the event – Nokia 8 Sirocco and Nokia 6 (2018) – but they may not be exclusive to Amazon. The Nokia 6 (the original) launched as a Flipkart exclusive earlier this year, so maybe that will be the fate of the 2018 model as well.

Nokia 7 plus sells out in 5 minutes in China

Check out the Nokia 7 Plus camera samples

Don't say that! The Xiaomi Mob with throw stones at you now

Nokia 7 Plus is so beautiful and totally worth the money. I would choose this over anything high-end to be honest. Also Nokia >>> Xiaomi