Now that the date has been set for its official unveiling, the Honor 10 just can't seem to stop leaking. The promotional poster you can see below has been outed today in China, and it reveals a very distinct multi-color pattern on the phone's back - reminiscent of the Huawei P20 and P20 Pro's Twilight paint job, but not quite identical.

We can also see a dual rear camera setup in the pictures, which isn't at all surprising. Its positioning lines up with what we saw in a leaked picture that portrayed the Honor 10 inside a bulky case. 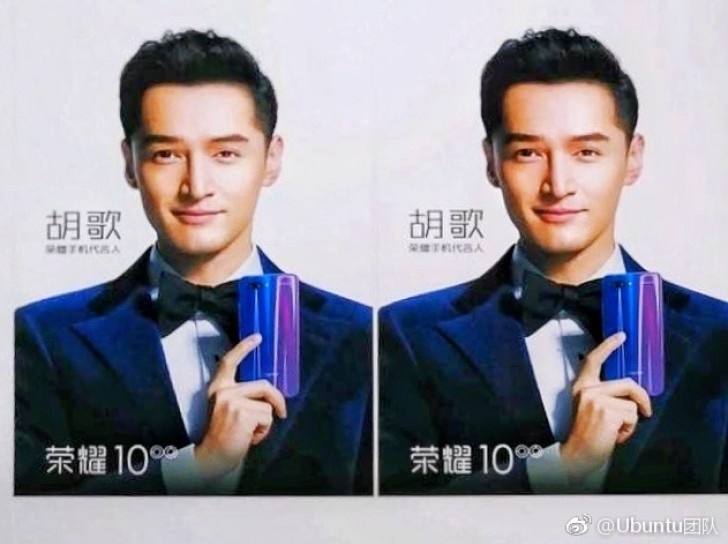 The fingerprint scanner is missing from the glass back, so we assume it will be on the front. Also there you're likely to find a notch at the top of the screen, so be prepared for that. From another source comes a partial list of specs for the Honor 10, one spotted in a store in China.

The phone is said to have a 5.8-inch FullView display, up to 6GB of RAM and 256GB of storage, and the Kirin 970 chipset at the helm. Thus, as we expected, it looks like it will serve as the smaller sibling to Honor's already available View 10 (although that maxes out at only 128GB of internal space).

Huawei's sub-brand may actually announce the Honor 10 in China by the end of this month, with the London event on May 15 serving as an international launch. It's gone this route many times before.

Always has been the case since the Honor 8

fail if it will have a notch? and 5.8 is just too big for a honor phone.