The Honor X10 5G will be officially unveiled in a week and while the brand already published some camera samples, there’s still much we don’t know about the setup. Info that leaked on Weibo fills in most details and also shows a Pro model. 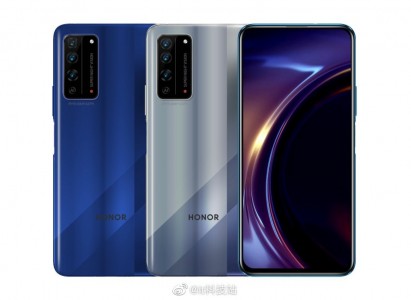 The main camera on the X10 will have a 40MP Sony IMX600y sensor with a RYYB filter. It will be joined by an 8MP ultrawide cam and a 2MP dedicated macro camera (the resolutions match the info from TENAA, but we weren’t sure about the functions until now).

The Honor 10X Pro 5G will offer a periscope camera with 5x optical zoom and 8MP resolution. The whole thing seems almost identical to the Honor 30 camera setup (save for the depth sensor).

Unlike the Honor 30 series, however, the X10 duo will have pop-up selfie cameras (a relatively rare thing these days). Both will have 16MP sensors, the Pro will add OIS to the mix.

It seems that the 90Hz screen will be exclusive to the Pro model, the vanilla X10 will stick with 60Hz. Both use 6.63” LCD panels and are powered by the Kirin 820 5G chipset. Their batteries will have 4,200mAh capacity and will support 22.5W wired charging, but the Pro model will be a step ahead with 20W wireless charging.

Honor has scheduled the X10 event for May 20, which is Wednesday next week. 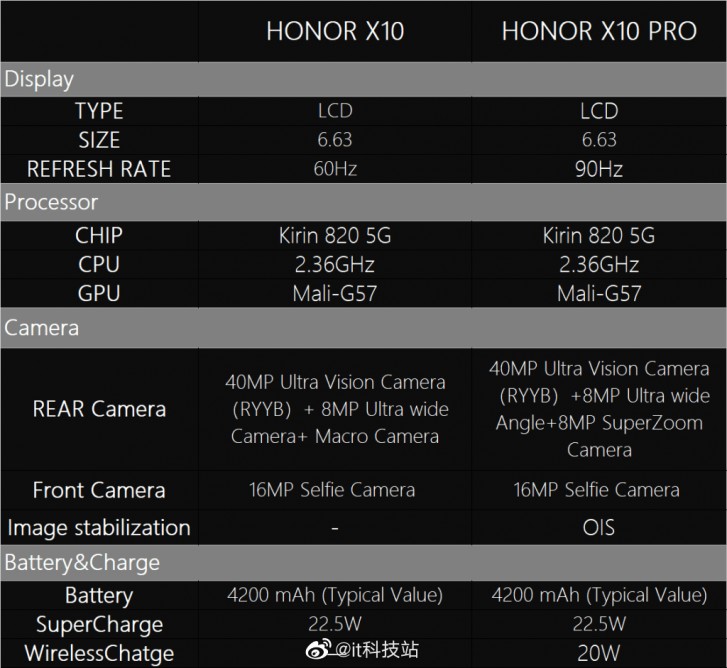 Honor X10 specs and images revealed through TENAA and MIIT

Yes, they also gave that to nova 7 pro 5g

The huawei central website announced that, the price will be under 280 dollars

Stupid, HMS has alternative to Google