The Honor 10X Lite has a relatively generic design, though it is not out of touch with the current trends. Its plastic back and midframe don't scream 'premium,' but the phone doesn't give off a cheap feeling either. 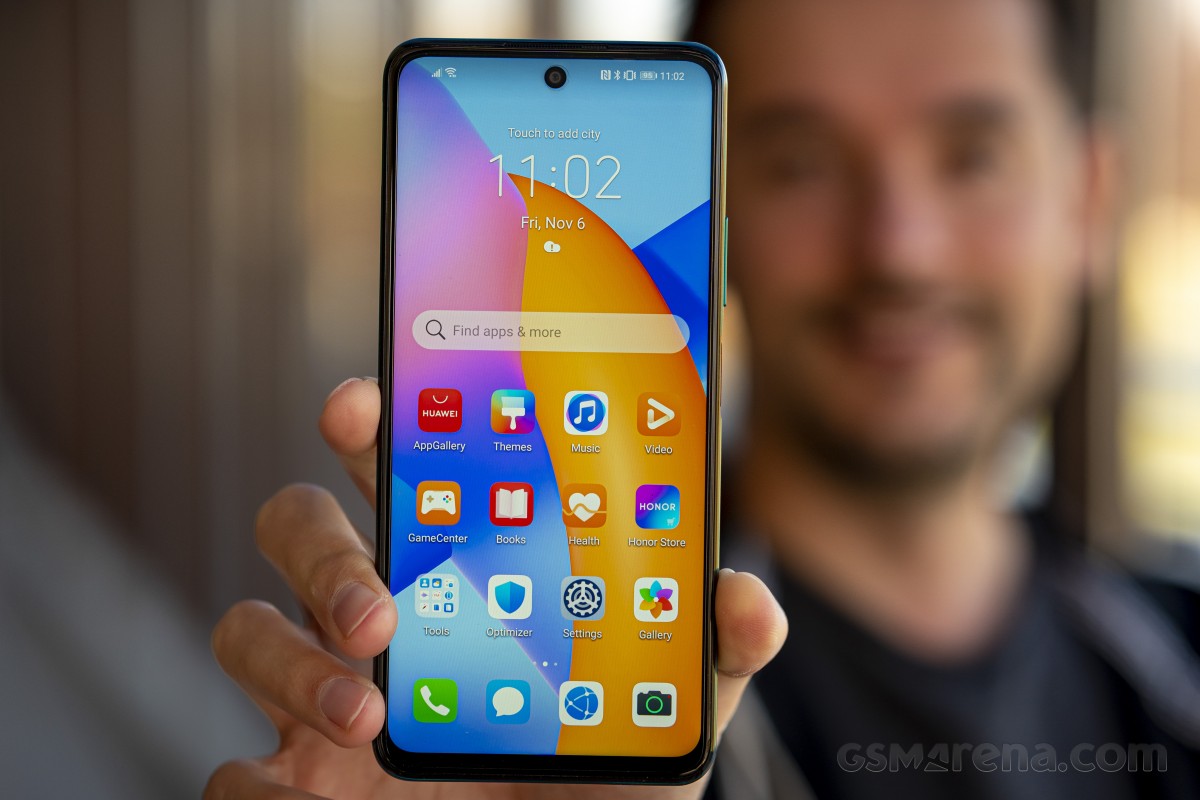 Over on the front, the 6.67-inch display is surrounded by a black border that's thicker than what you'd find on a flagship yet entirely in line with competing efforts in the 10X Lite's segment. In fact, the 6.67-inch Poco X3 NFC and Xiaomi Redmi Note 9 Pro have virtually identical bezels and footprints to the Honor handset. The smaller 6.5-inch Realme 6 and 7 are understandably ever so slightly more compact in footprint, but as bezels go, the Honor is like every other phone in its price range. 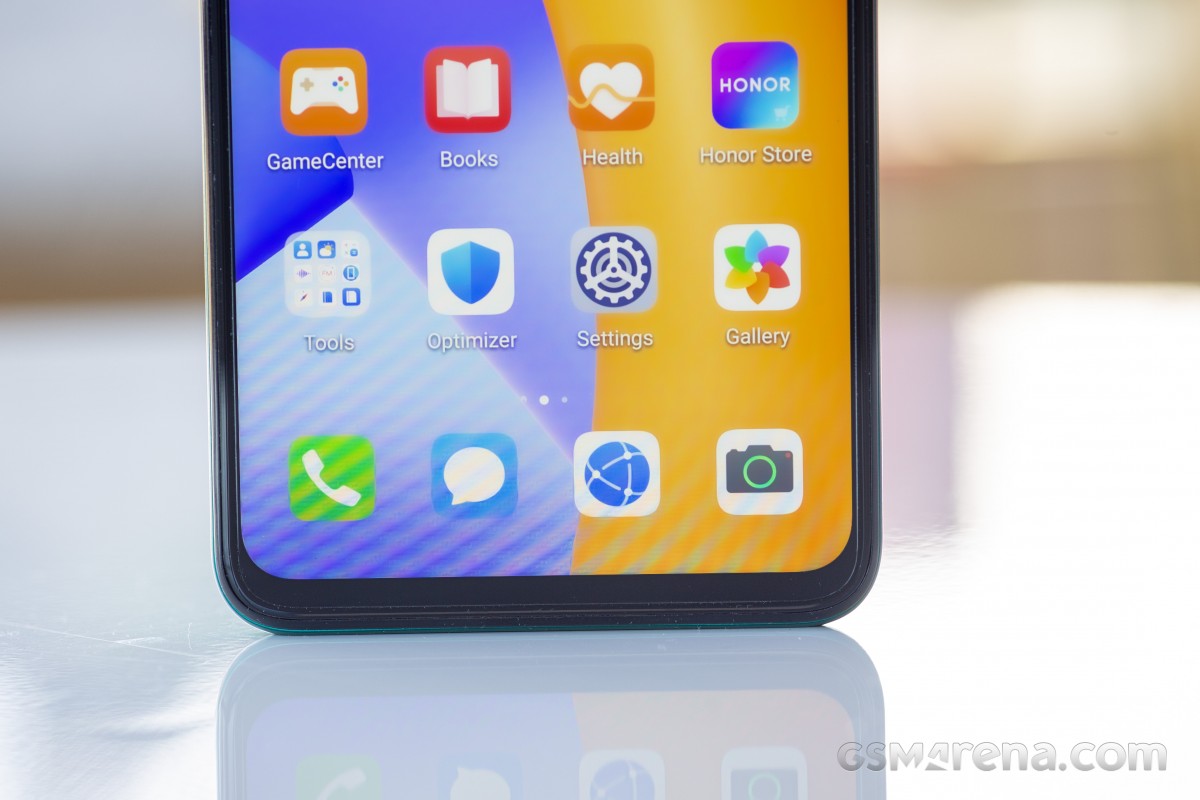 There's a punch-hole cutout for the selfie camera centered at the top end of the display, as notches remain favored by only a single premium manufacturer with a notch in its logo. It's a reasonably large cutout, and much like on the P smart 2021, the slightly off-center screen protector application is bugging us a bit. 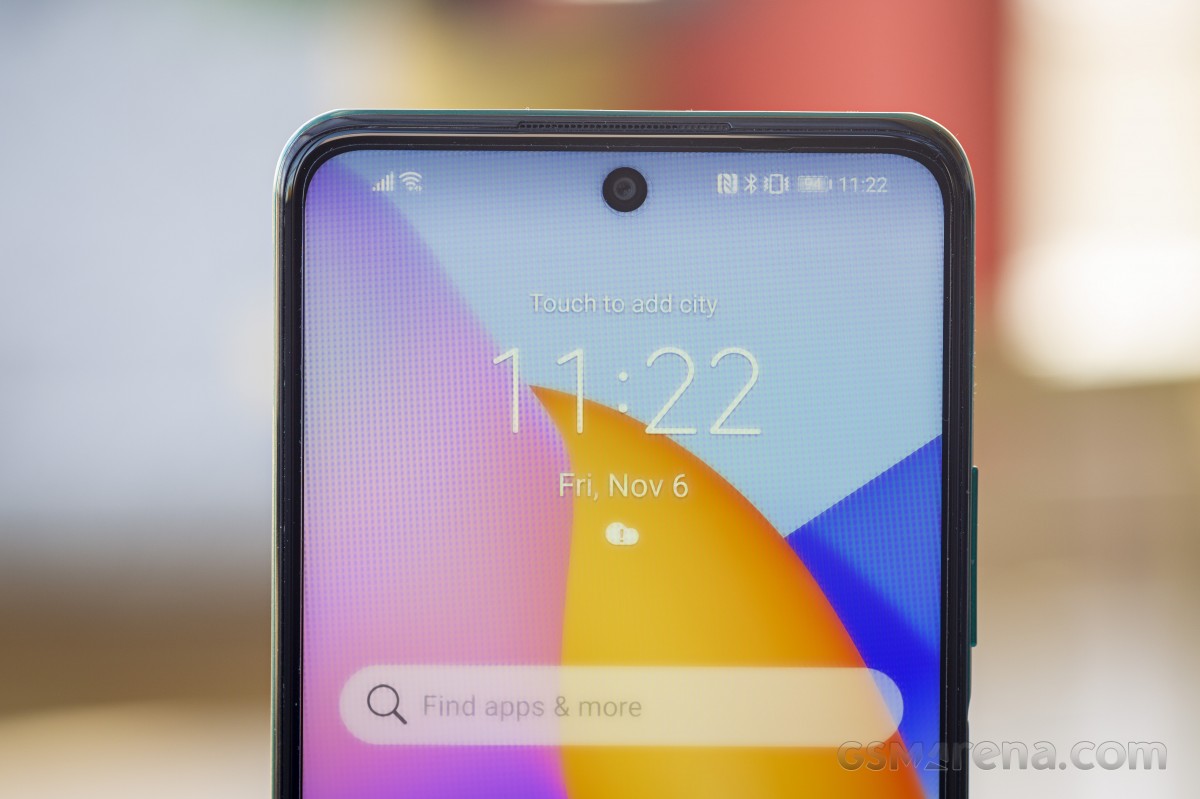 There's no mention of the type of protective glass used on the Honor 10X Lite, and with the US-China trade clash, it's probably not coming from Corning anyway. A screen protector is a good idea on any display regardless of trade name or price, however. 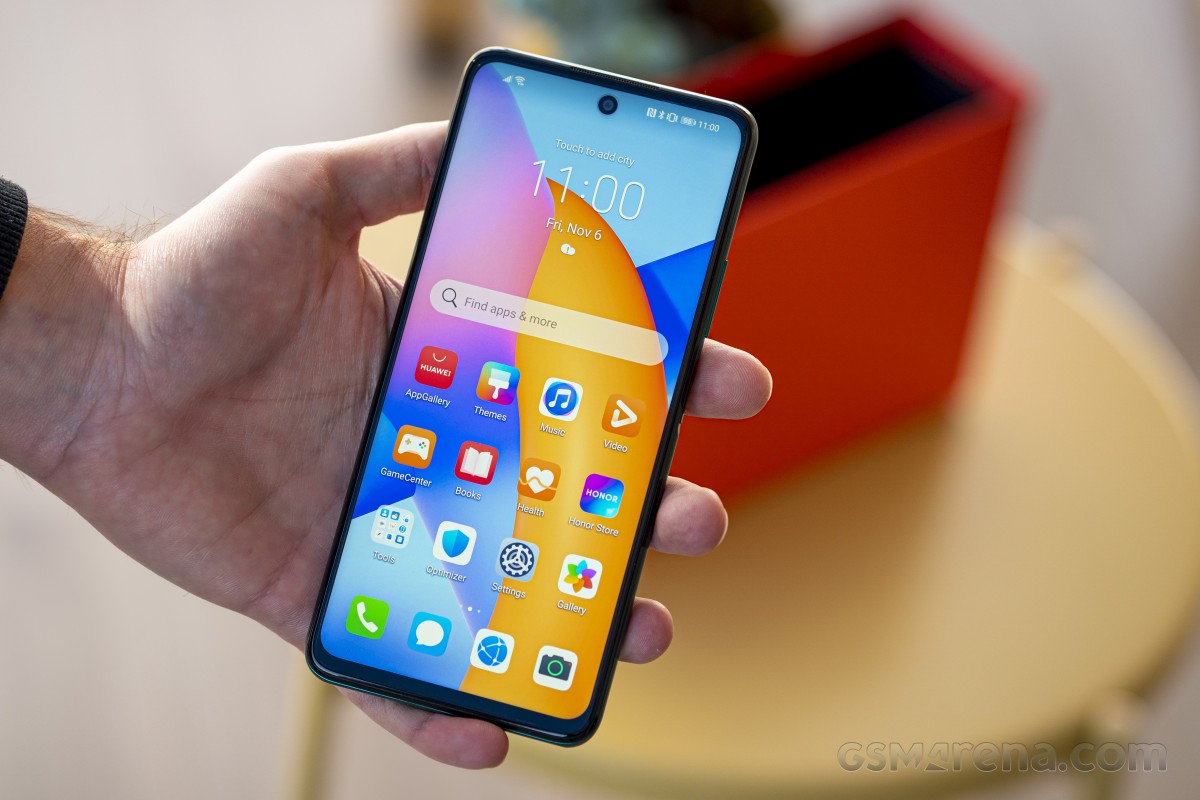 Our review unit is the Emerald Green colorway while two more options are available - Icelandic Frost and Midnight Black. This particular green is a different hue from the one we saw on the P smart 2021, and this one has a fine satin sheen as opposed to the P smart's full gloss attire. 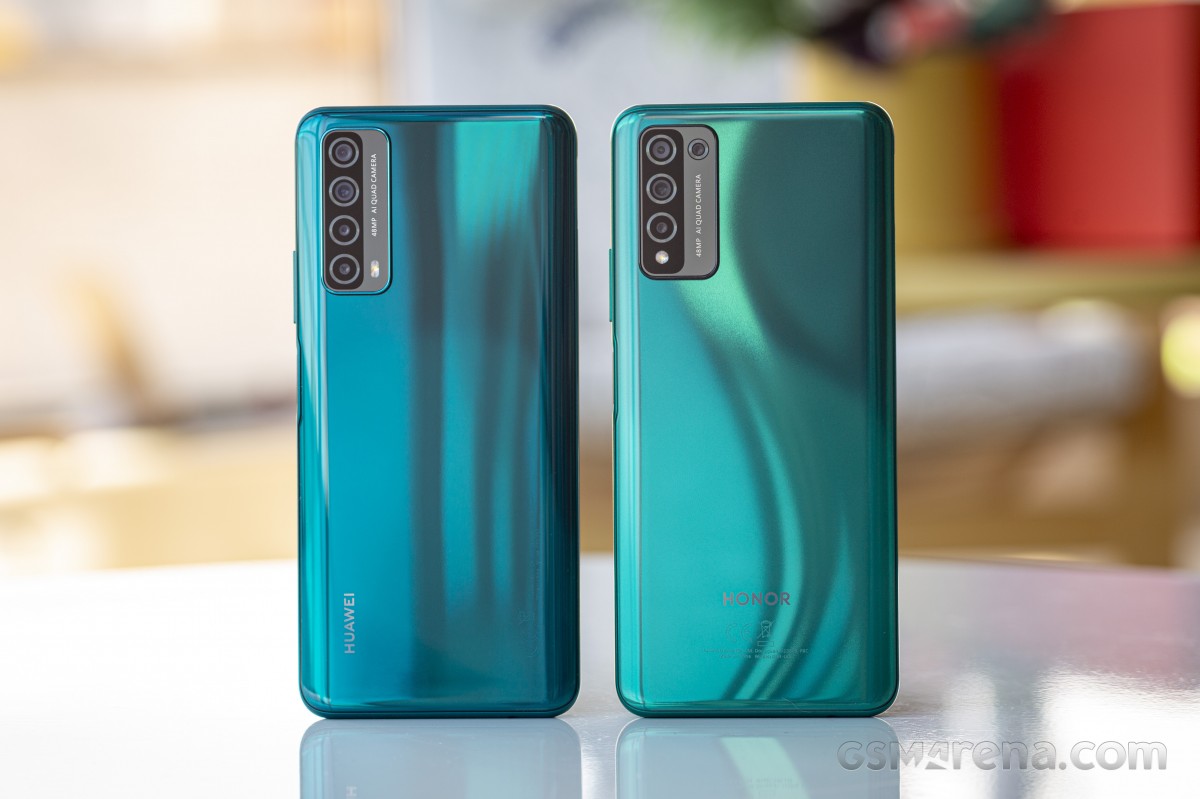 Another minor difference when comparing the two is the camera arrangement. The P smart 2021 has all four modules stacked on top of each other, while the Honor has them 3+1 in an upside-down L shape. The LED flash is a different spot, too.

The assembly sticks out only a little, and while the phone will wobble a bit, it's the slightest of wobbles and likely wouldn't bother anyone but the most extreme wobble haters. We wind it negligible. 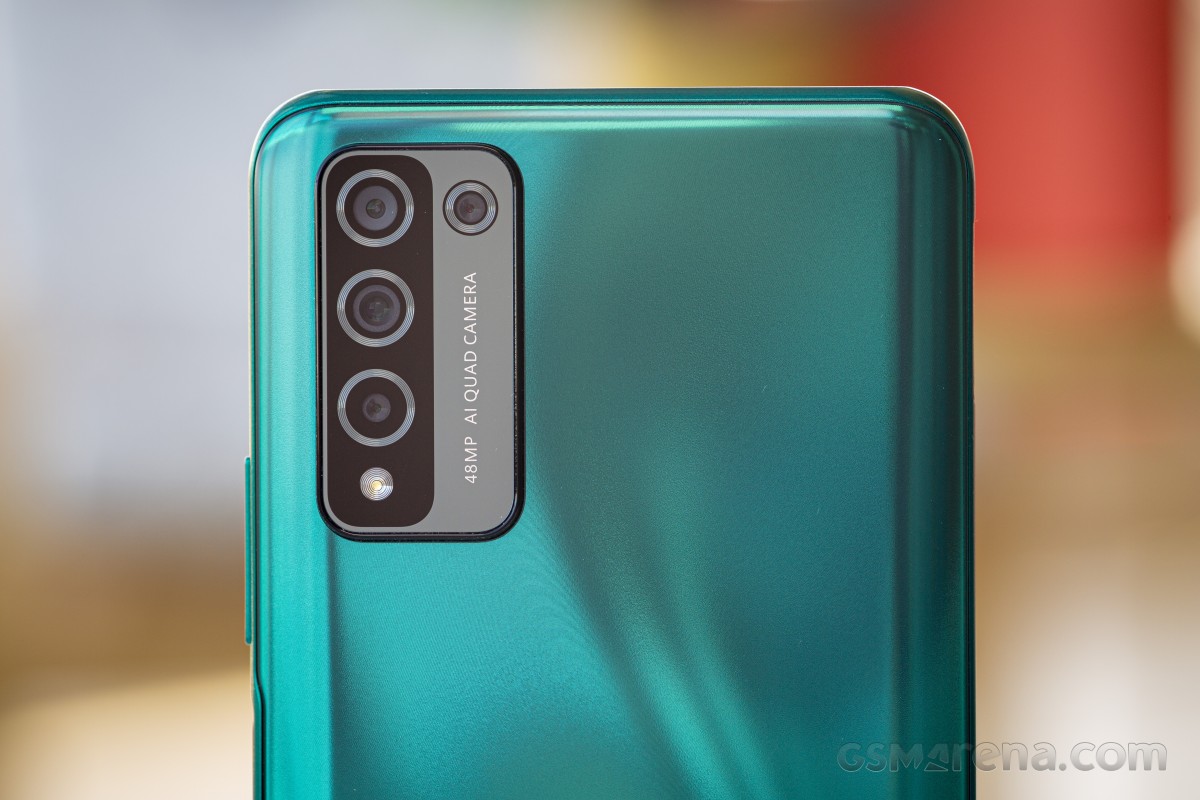 The plastic frame is colored to match the back hue and has a similar satin finish. The frame itself doesn't pick up fingerprints, but the back is a lot more prone to smudging, even though it's not quite glossy. 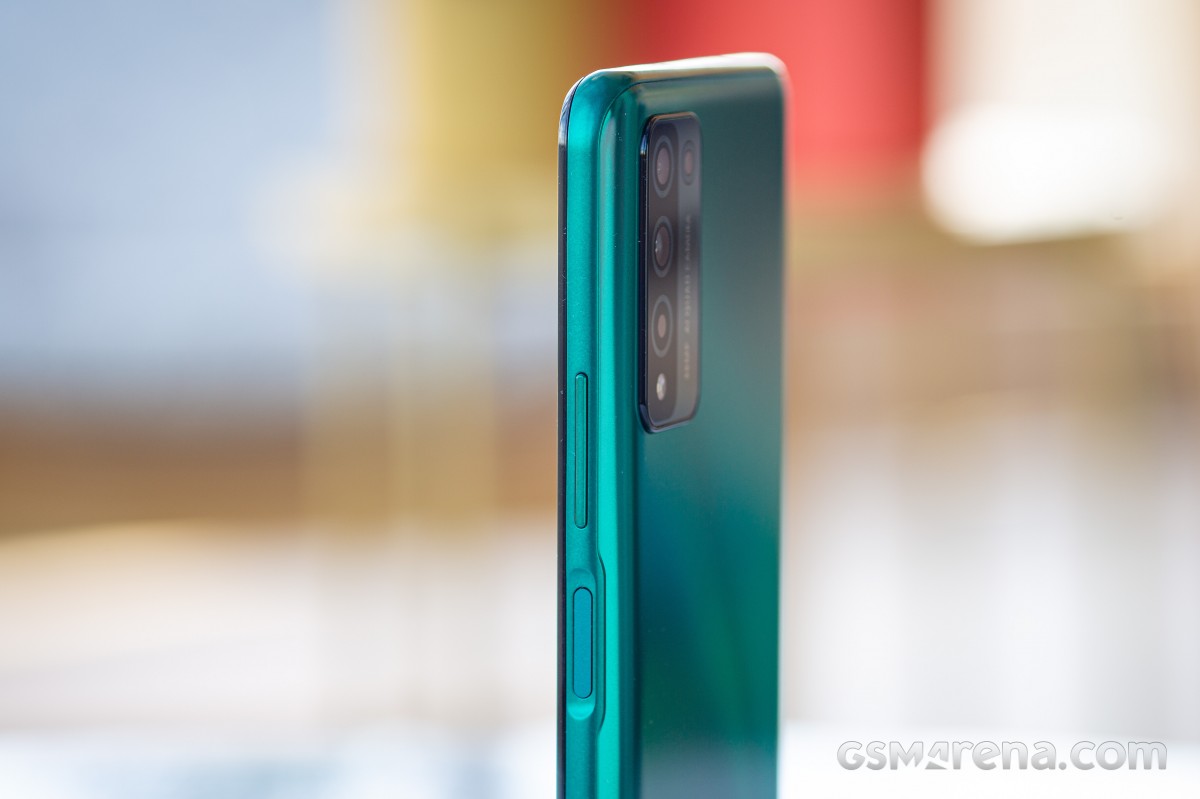 Since the handset uses an LCD, an under-display fingerprint sensor is out of the question. Rear-mounted capacitive sensors, on the other hand, have fallen out of fashion, and this leaves the Honor 10X Lite with a side-mounted reader built into the power button on the right.

It's placed in a flattened portion of the frame, so it's easy to find by feel, but it's also where your right thumb falls naturally, so there won't be much searching for it anyway. It also works with a left index finger - and we'd say it's about as reliable as the other way around, which isn't always the case with these side-mounted solutions. 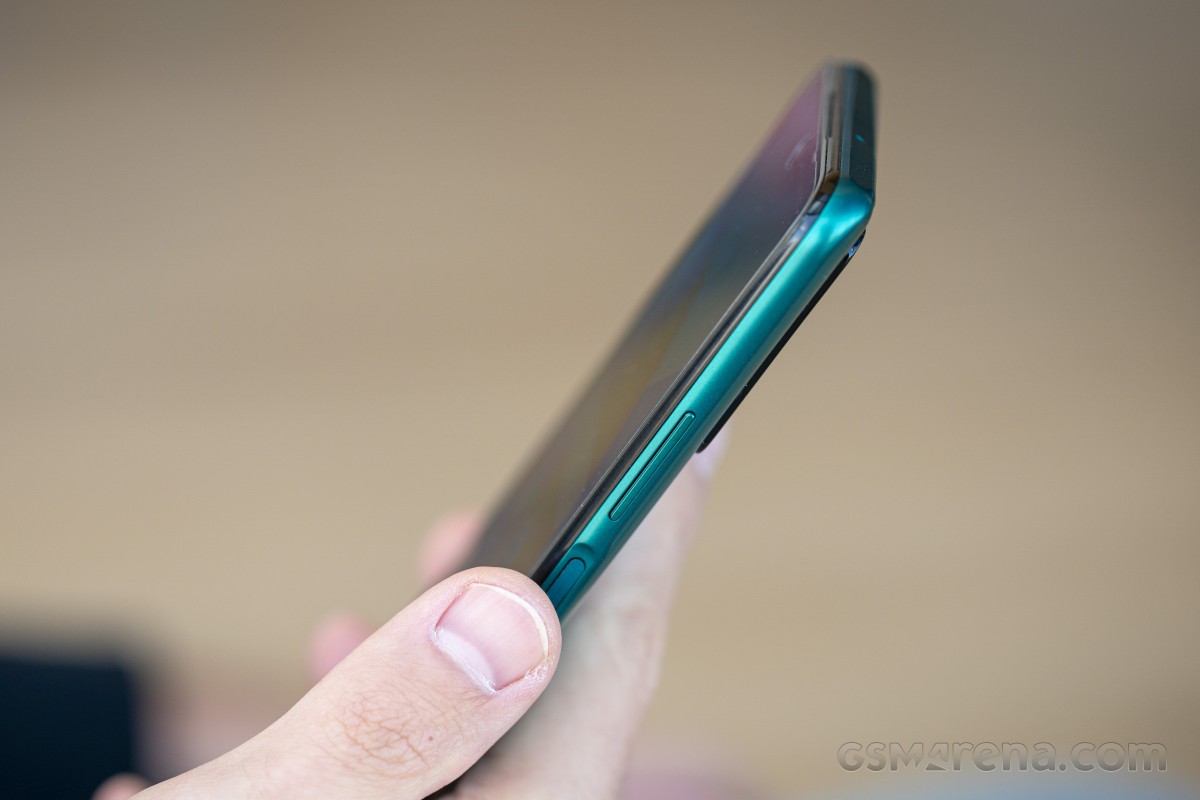 The volume rocker above is plastic too, but clicks positively, no complaints.

On the opposite side of the phone is where you'll find the card tray. It's a triple slot that can accommodate two nano SIMs and a microSD cards. So you're getting a dedicated memory expansion slot, and it's the right kind of memory, as opposed to the NM Huawei tries to push with its high-end phones. 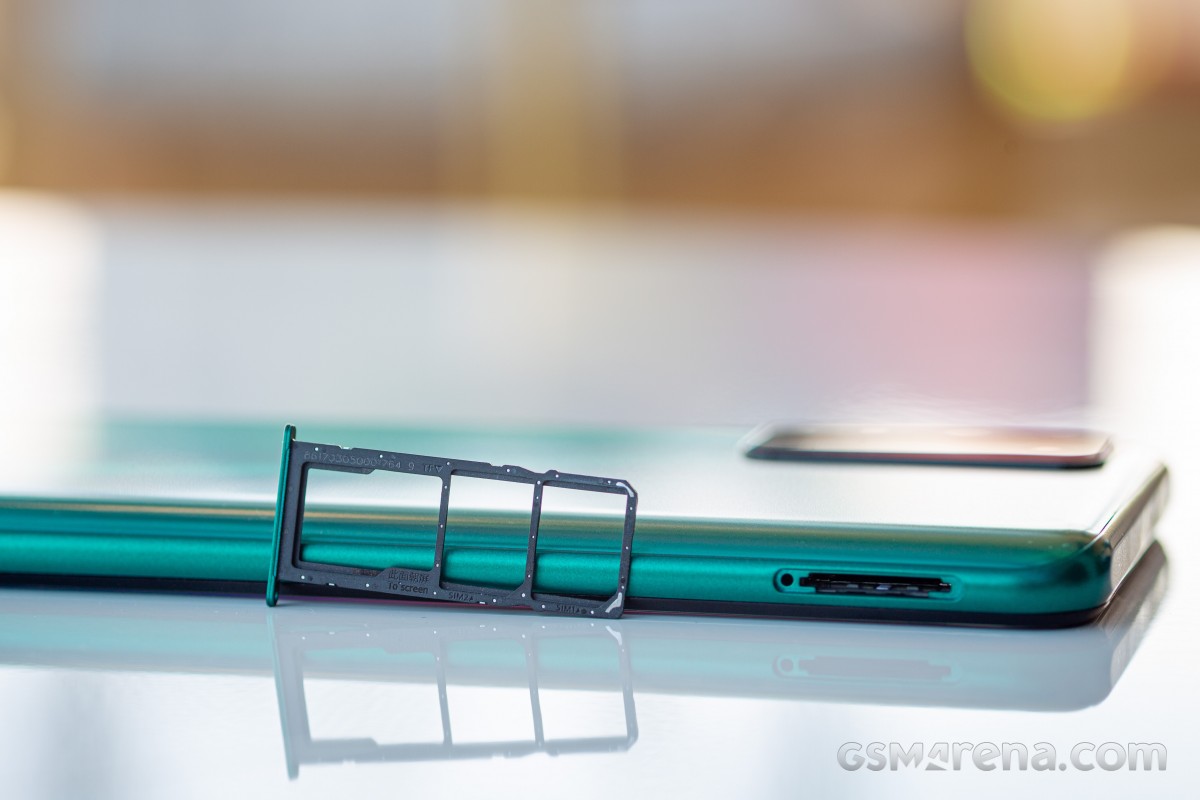 The USB-C port is centered on the bottom of the phone with the trio of audio bits around it. The loudspeaker is on the one side, the primary mic, and the 3.5mm headphone jack on the other. Up top, there's just a secondary mic - sadly, no IR blaster on the 10X Lite. 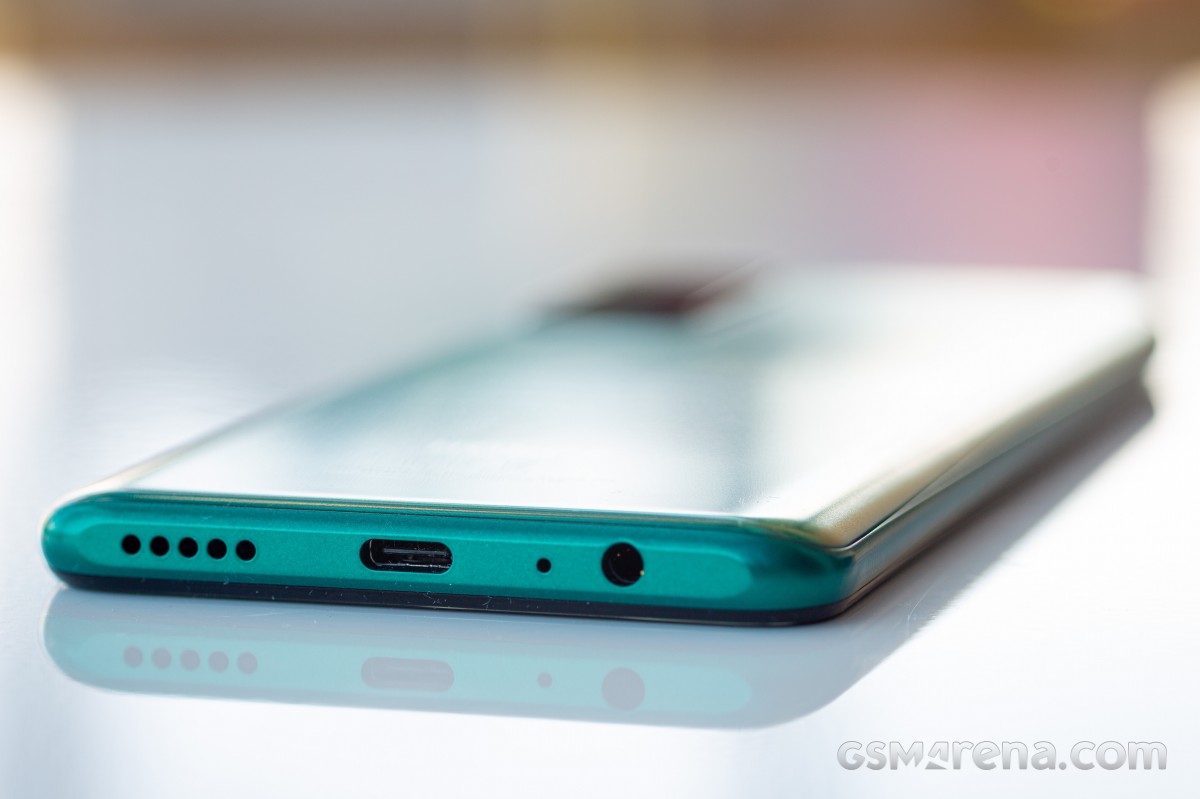 Hello is this phone available for purchase in the United States and if so where I've been searching Amazon and ebay and I can't find it. Help please

Wdym? He's never even talk about this phone