Honor 20S getting an orange version on November 1

The Honor 20S arrived in September as a cheaper alternative to the Honor 20 and Honor 20 Pro with the less powerful Kirin 810 chipset, but keeping the 3,750 mAh battery, the main 48 MP snapper, and the side-mounted fingerprint scanner.

The device was initially introduced in Blue, White, and Black gradients, but now it will have a fourth, more colorful variant - Orange. Following the announcement, a fan shared his render of the new color, suggesting it should look like the Vegan Leather Orange panel of the Huawei Mate 30. 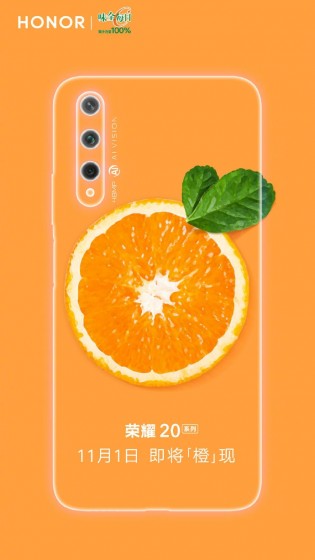 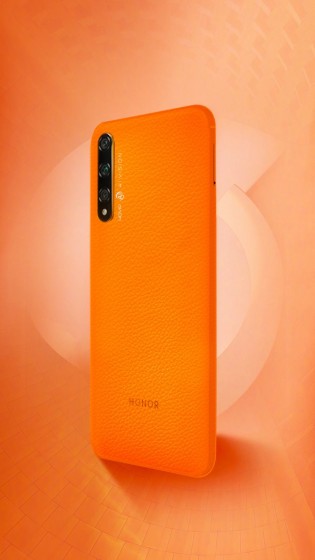 Honor promised the new color will arrive on November 1 for sale on Vmall.com. The price is likely to remain unchanged - CNY1,899 for the 6/128 GB variant and CNY2,199 for the 8/128 GB option. Interestingly, the Honor 20 lite in China was launched as the phone to have, if you want fancy paint jobs, but it appears the Honor 20S is also joining the color feast. 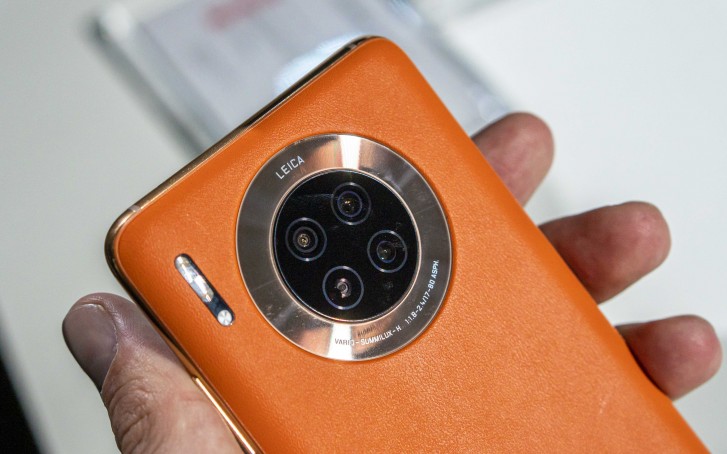 This phone comes with three cameras on the back, with the main one coupled by an 8 MP ultrawide shooter and a 2 MP dedicated macro lens - there is no depth sensor in the setup. The screen is 6.26” LCD panel with a punch-hole design and Full HD+ resolution.

the ugliest phone ever

Someone's getting 'too orange' so literal.