The Honor 30 flagship family will be officially introduced on April 15, the company revealed on Weibo. The phone’s brand ambassador is the popular Chinese actor Li Xian, and for the promo poster he posed with the phone, hiding pretty much everything on the back, showcasing only the silver-purple-ish color. 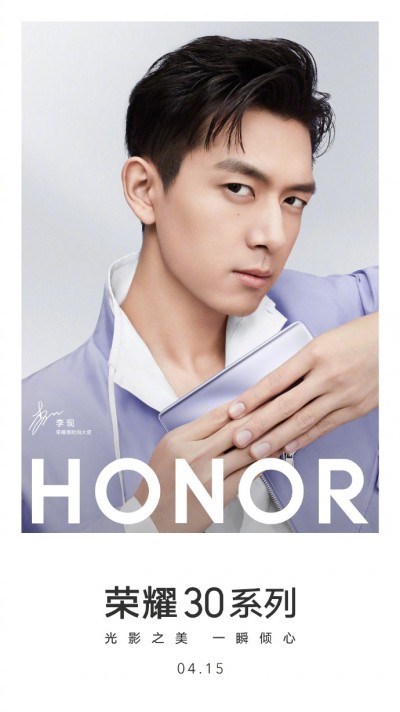 The Honor 30 family already has its first member - the Honor 30S was introduced yesterday with Kirin 820 5G chipset. It is the lowest standing member of the lineup and we expect at least two phones to join it - Honor 30 and Honor 30 Pro. They are likely to sport the Kirin 990 5G chipset and very potent camera setups.

We expect Honor to reveal more details in the following two weeks, leading to the announcement.

Honor Play 9A unveiled with 5,000mAh battery and Android 10

Will there be a Honor 30 lite also?