Honor Russia is launching a new affordable phone called Honor 30i. It has modest hardware on the inside and glamorous colors on the outside. It isn’t a completely new handset, but rather a rebadged version of the China-only Honor 20 lite.

The 30i comes with a 6.3” AMOLED with FP scanner underneath. The panel has a 20:9 ratio with a waterdrop notch for the 16MP selfie camera and relatively small bezels.

On the back, Honor equipped the 30i with three cameras - a 48MP main shooter + 8MP ultrawide-angle cam + 2MP depth sensor for better Portrait shots. There’s also a single LED right below the triple camera.

The phone is extremely thin and light - the body is 7.7mm and weighs 171 grams. On the inside there is a Kirin 710F chipset, 4GB RAM and 128GB of storage, with a slot for extra storage through an NM card. 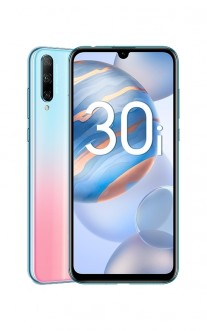 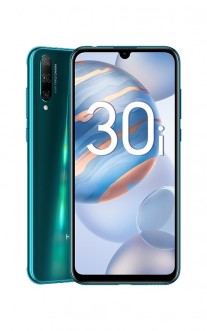 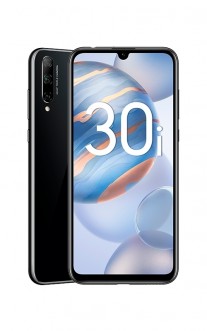 The Honor 30i is priced at RUB17,990 ($240/€200). Early adopters can also choose one of four gifts - either an Honor Band 5i, Honor Band 5, Honor Sport Pro Bluetooth Earphones, or the first iteration of the Honor MagicWatch.

The phone is offered in three colors - Ultraviolet Sunset (that’s the Blue-Pink gradient), Green/Turquoise, or Midnight Black, and the pre-order is scheduled for 11:00 AM Moscow Time.

why now a days honor not launching handsets in india

Whaaattt???? have you used an Honor device? I have the Honor 8X and the Honor 20 Lite, build quality is superb, comparable to Huawei's standard of quality, not suprising, Honor is their E-brand just like what Realme is to Oppo and Redmi to Xiaom...