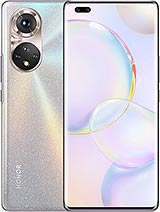 Damn. No stereo speaker at honor 50 series also 50 pro. . Why they choose mono speaker for 50 series and doesn't put great stereo speaker like Honor 30pro/30pro+. I don't care what they making this phone just focus only for great camera. That's shame and big mistakes for Honor company.

It's the cameras. For a Pro phone, depth and macro? It's just disappointing

No audio jack and no stereo speaker?

I would've bought it with wireless charging

Finally released! But!!! personally for me, even the Pro variant still only a bit better than Xiaomi's Redmi Note 10 Pro. I don't think the other "better" features in Honor 50 Pro is worth a single retail price of the Redmi. I mean the estimated for Honor 50 Pro starts from $575.57 while the Redmi is priced half then that; having almost 70-80% similar features. Even the lowest variant Honor 50 SE price starts from $373.00. Sorry Honor, but I have to skip the 50 series.

Why no ois camera on this pro model? Poor battery capacity. Can't expect us to ch

This would've been awesome if it had a Snapdragon 870 or 888 but a 778G is good enough for 90% of people no matter what people in these comments say.. Honor just became independent I'm excited to see what they'll do in the future

the snapdragon and the depth-Macro gimmick.
I think this phone would be awesome but...

Anonymous, 16 Jun 2021Xiaomi phones have always been the best in terms of value f... moreRealme

captain fokou, 16 Jun 2021I dissagre, the mi 10s costs 90 euros less and the only thi... moreXiaomi phones have always been the best in terms of value for money.

Would have liked to see Sd888, but at supposed price of 480eur the phone looks to be good value

alexandra.mh, 15 Jun 2021just buy headphones with usb c or wireless :))Oh right what Dongle brand? Buying Apple(iPad) or Samsung does not work or the other way around so if you cannot find a steady supply of honor dongles I would skip it, since these moronic dongles are the worst crime against humanity!