Great news for owners of the Honor 5X who don’t particularly care for EMUI, Huawei's heavily skinned Android UI. If you are an Android tinkerer and love the world of flashing ROMs on your bootloader-unlocked device through a custom recovery, here’s some good news.

CyanogenMod is officially building nightlies for the Honor 5X. If you don’t remember, the Honor 5X is a $200 smartphone which was one of the first to bring flagship-level features to a mid-ranger aimed at consumers who really prioritize great value. 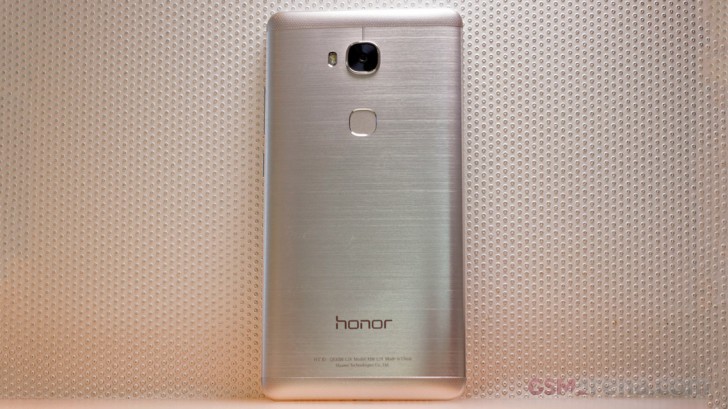 Well, one of the things US customers didn’t like was Huawei’s EMUI which is the star of the Honor 5X. Thankfully, if you don’t want to use the heavily skinned UI, you can start flashing official nightly builds today.

While there has been an unofficial build of CyanogenMod 13 for the Honor 5X on the XDA forums, it had more bugs and wouldn't be updated as frequently as CyanogenMod's official builds.

The first nightly is available with today’s date of August 2. Head over to CyanogenMod’s site for the download link. Of course, like any non-stock ROM, you’ll need to install GApps along with the ROM.

You also must be on the latest Marshmallow build so that your phone’s firmware will be compatible with the after-market ROM. As of this post, the only issues with the ROM are the following

Keep in mind that this is the very first nightly build for the Honor 5X so there will likely be several bugs that need to be taken care of before it becomes a fully functional ROM. I’d recommend waiting a couple of weeks and checking back on the progress made by the developers.

[UPDATE: No, it's not!] Honor pulls team out of India, will continue with a "safe approach"

Nobody can stand Huawei EMUI if they know what a real stock Android experience is.

Can we flash Kii (Gr5) Devices with Kiwi roms (Honor 5x) . I mean both of them have the same specifications and build number but a different build name?? please answer thanks :)

Is there any guideline on how to update to MM from LP? I still haven’t received MM update and I would like to flash my phone to CM13, I have successfully flashed with slimrom which so far is working fine there is couple of bugs but slimrom is working...