Honor showed us a really compelling phone at CES this past January that came with a compelling price of just $199 which promised a flagship experience without the flagship price tag. The Honor 5X even won 7 CES Awards this year.

Honor has announced that it is going to start selling the Honor 5X in Best Buy starting today and will be going for $199. By June 19, the Honor 5X will have a home in all 590 Best Buy locations. 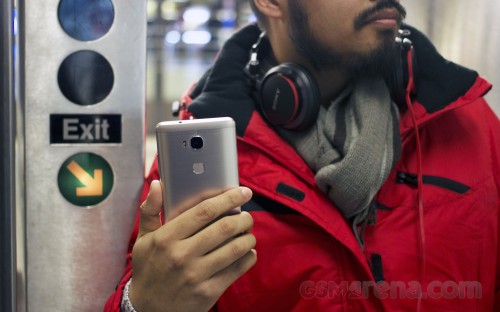 Honor promised that the Honor 5X was going to be updated to Android 6.0 Marshmallow and even with the launch of the new Honor 5A which launched with Marshmallow out of the box, there is still no official word on when the Honor 5X will be getting the Marshmallow update.

We’ve reached out to Honor about the Marshmallow update for the 5X and we’ll update this post with more information as it becomes available.

The Marshmallow update is crucial for the Honor 5X because it launched with EMUI 3.1 running on Android Lollipop. Marshmallow will give the $200 phone the improved battery and software optimizations needed for an all-around better smartphone experience. 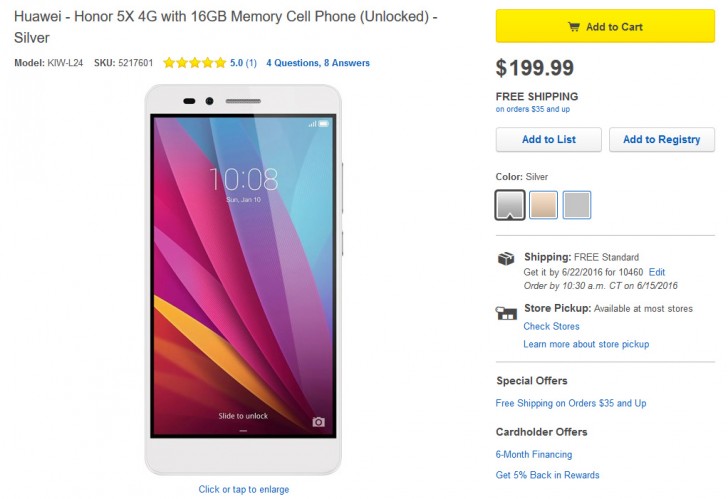 The Honor 5X has a Snapdragon 616 CPU paired with 3GB of RAM, 16GB of expandable storage, 13MP camera, fingerprint scanner, 3,000mAh battery, dual SIM trays, and a metal built design. Check out our review of the Honor 5X here.

Honor is a phone company owned by Huawei which focuses on making devices for a younger millennial demographic with value kept in mind. Getting Honor’s products into Best Buy stores is a great way to gain a presence in the US market, something that Huawei/Honor are still working on.

oh the update will come and soon too because huawei listens and they care about their costomers.

US model has only 2GB or RAM, fix your article. Update to Android 6 is most likely never coming. In US, they are supposedly testing it with select users since at least March 1st. Now they launched similar scam in India. https://twitter.com/HiHo...

It's really not competitive when you can get refurbished flagships from 2014, such as the Samsung Galaxy S5, for under $200.