The Honor 60 series will be introduced on Wednesday, and leaked live photos of the Honor 60 and Honor 60 Pro revealed new bits about them. The two phones will have largely similar internals, but the new photos reveal the Pro variant will have curved top and bottom edges, making the tiny bezels even tinier.

We can also see the Pro will be ever so slightly taller than its vanilla sibling, but will be similarly wide. 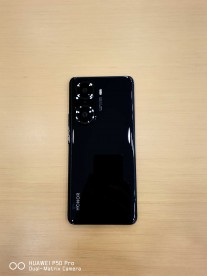 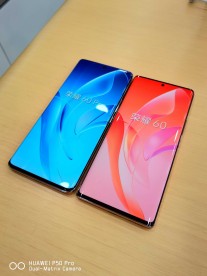 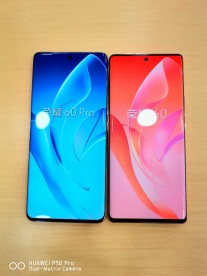 The last time we saw renders with different bezels, we assumed one device would have a flat screen and it appears we got that right.

The Honor 60 and 60 Pro will still share the single punch hole in the center and the three camera setup at the back. We’ll have all details after the event on December 1, scheduled for 19:30 Chinese time.

I just hate punch hole, I like a transparent view not with a dot I like Pop-up Camera I suggest to introduce Pop-up camera in Honor 60 and 60pro also

They are privacy nightmare, I really wish they will be only of few devices, enough so people can have them, but clearly not invading the market like the punch holes and teardrop notches did, it would be the worst.