The Honor 70 lineup made its debut back in May, but this is the first time we get to see it in Europe. The Honor 70 is the most affordable option in the series, with the Honor 70 Pro and Pro+ being higher-tier. The Honor 70 is also a direct successor to the Honor 50 from December last year and there are only a few changes made to the newer model.

However, Honor made the right ones. We've got a slightly upgraded SoC, newer Android with Magic UI 6.1 on top and more importantly, new cameras. The new Honor 70 gets a slightly bigger sensor, albeit with fewer pixels, and to our surprise, the ultrawide camera has been swapped out for a proper 50MP one with autofocus. Honor also skipped the useless macro camera and uses the ultrawide for the close-up shots instead. 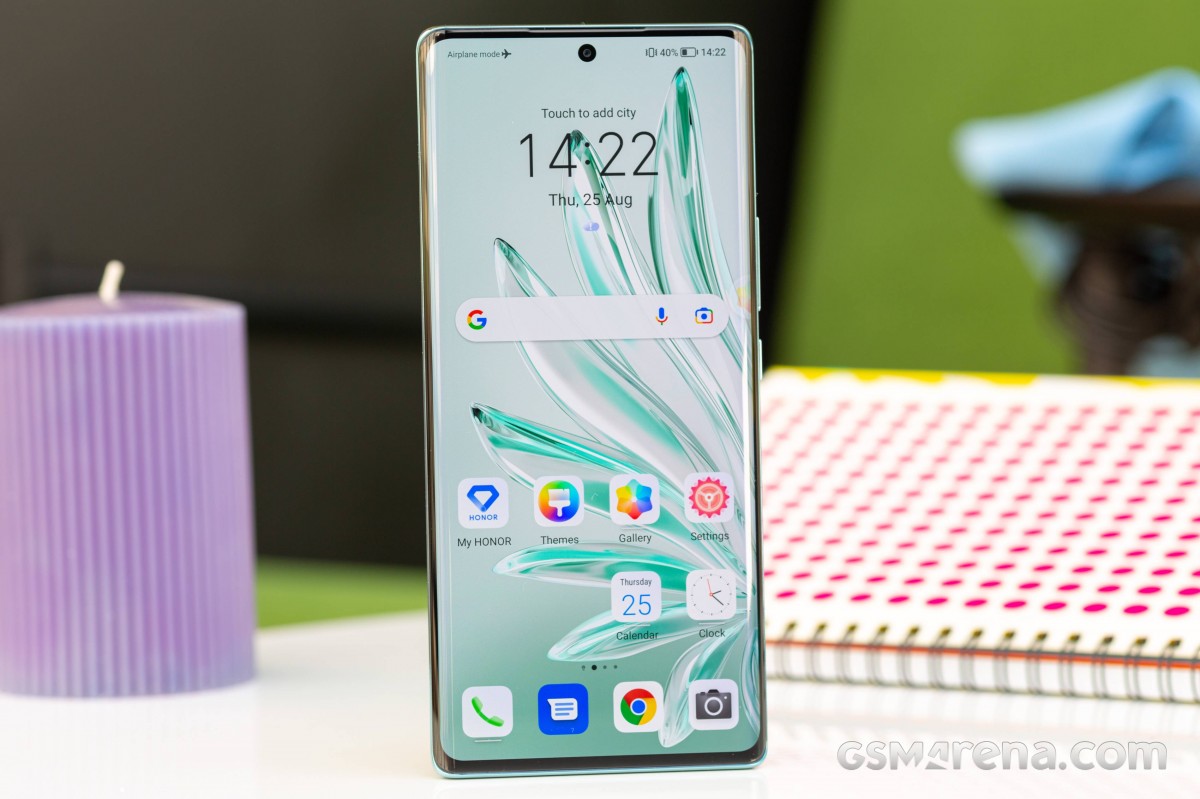 In addition, the Honor 70 is powered by a 4,800 mAh battery, which is a tad lower than average for a midranger, but it's also a big upgrade over the previous generation adding 500 mAh to the total. We also have a fast 66W charging and reverse charging support, which is a rare feature to have in this price bracket.

Honor 70 specs at a glance:

Design-wise, there's little to no change, and that's a good thing. We liked the build the first time, and we are glad to see the same slick and lightweight body.

We see the same curved OLED display on board as well, supporting 10-bit color depth and going up to 120Hz. Although, it measures 6.67" in diagonal this time around - exactly 0.1" bigger than the Honor 50's. 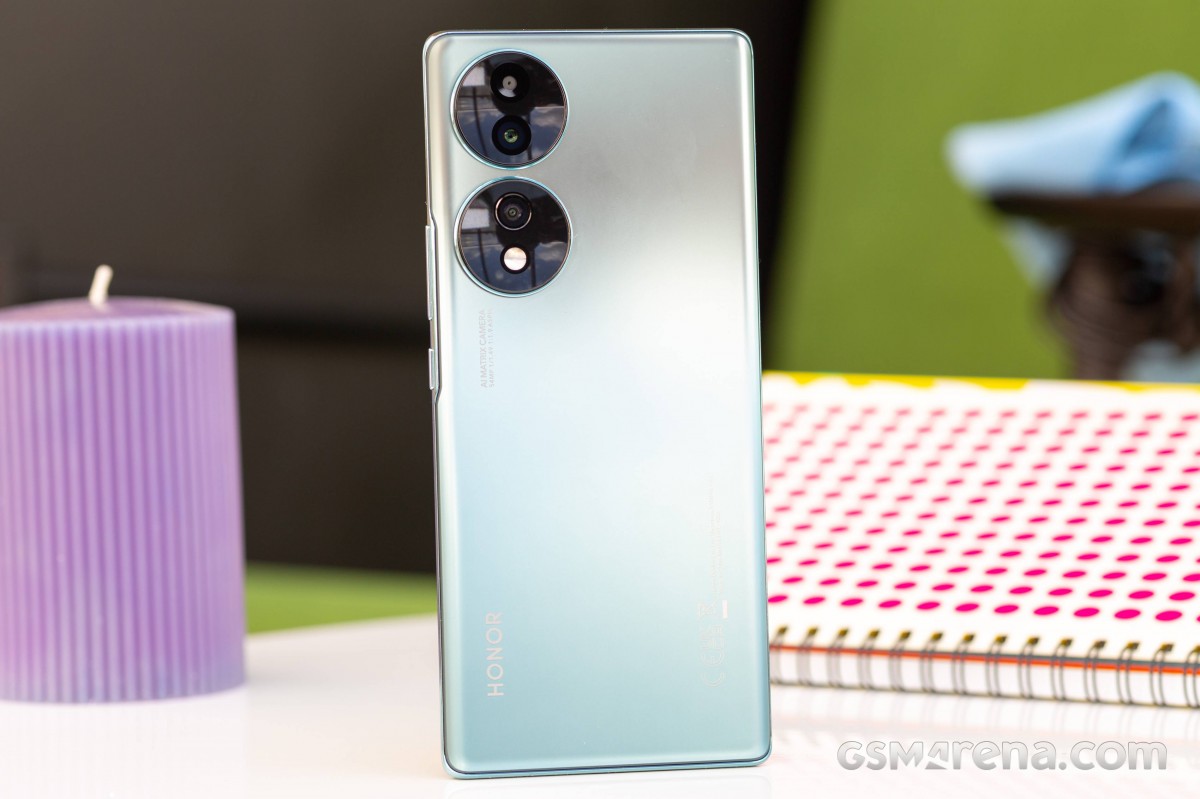 Still, we think that this phone's main appeal is the cameras. Most of the phone's competitors fail to impress with good cameras aside from the main ones. It's quite refreshing to see a mid-range smartphone with a good ultrawide camera. This is also the biggest upgrade over the Honor 50.

Price-wise, though, the situation is tricky. Just like its predecessor, the Honor 70 faces quite a bit of competition, but we believe that the device is better equipped for the job this time around, and some features help it stand out.

The Honor 70's retail box is nothing out of the ordinary. The device ships with the usual user manuals along with the USB-A to USB-C cable for charging and data transfer as well as the appropriate 66W charging brick. 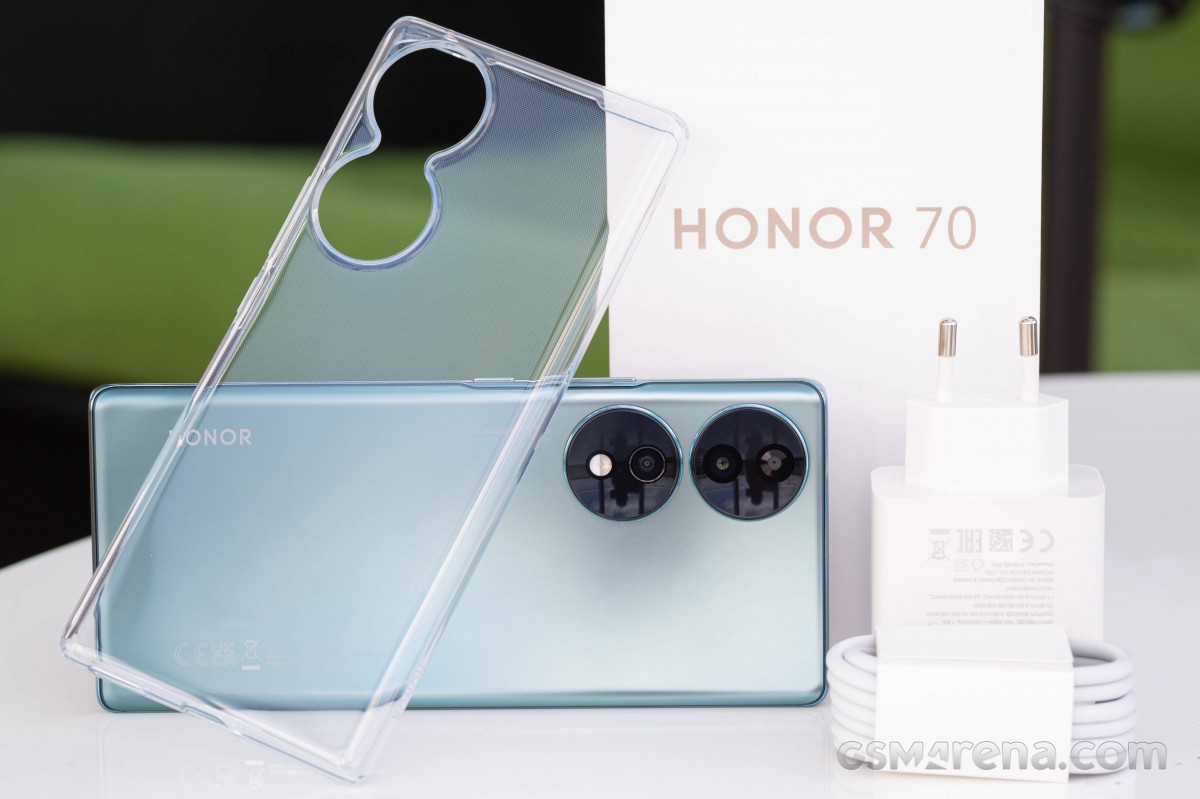 The box also contains a transparent silicone case as a bonus.

Just got honor 70 like 2 weeks ago....phone apps starts to crash...phone camera stuck at beauty mode and keeps crashing all the time... regrets buying this phone

But what is the problem to make stereo speakers...just a software choice? How can it not be made that the sound goes out of both speakers at the same time via software? :-/