The Honor 70 series is arriving on May 30, and today the company shared official images of the vanilla version on its website with official renders in all four colors. In addition, the device also appeared in live shots, sitting next to the Honor 70 Pro, revealing minor changes in design that will make it easier to differentiate both versions.

The Honor 70 and Honor 70 Pro will have a triple-camera setup. The Pro appears to have its shooters on an elevated island, while the vanilla has the cameras in two circles. Also, the more premium phone will be slightly bigger, which has been the case with the previous two generations of number series. 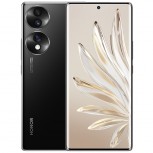 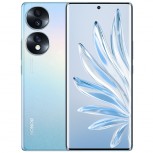 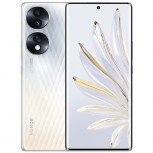 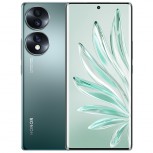 Both the Honor 70 and Honor 70 Pro will have USB-C port, skip the 3.5 mm audio jack, and offer fancy and traditional color options for the domestic audience. Specs-wise we expect a new 54MP camera sensor that’s 1/1.49” in size and is made by Sony.

Honor Magic4 Pro in for review

Camera hump appears on renders with Honor phone attached to its back. There, corrected it for you.

Curved screens are much better that flat. I hate feeling the case before the screen when I'm using gestures.

they don't care of your existence.