If you were at least a little bit baffled by Huawei's recent move of introducing the P8 Lite (2017), using the name of the P8lite from 2015 instead of the P9 lite from last year as a base for the new model, get ready for some more weirdness. First off, let's mention that the P8 Lite (2017) may actually end up being sold as the P9 Lite (2017) in some countries. Confused yet?

Well, you're going to be even more confused by the newly leaked Honor 8 Lite. This is shown in the images below inside a case. You may have noticed something familiar about it though - yes, it looks exactly like the aforementioned P8 Lite (2017). 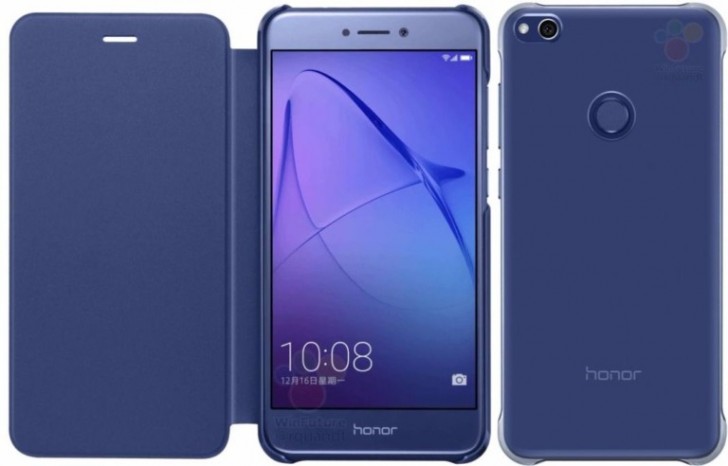 So does this mean that the same handset will get a third name for use in specific markets? That certainly feels possible, but it hasn't been confirmed yet since no specs for the purported Honor 8 Lite have been leaked. We do know that it will be offered in blue, black, gold, and white - again, just like the P8 Lite (2017).

Intriguingly, while the P8 Lite (2017) has a recommended retail price in Europe of €239, the Honor 8 Lite will cost €280 approximately. So it may just pack a minor feature upgrade or two. On the other hand, these differing prices may just be attributed to normal differences between price levels for smartphones in different European countries. We'll have to wait and see. If the Honor 8 Lite is a new device after all, then we expect Huawei to showcase it at MWC next month.

Honor 8 lite update is there or not in oreo version?