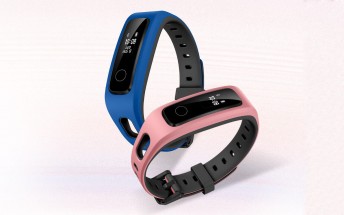 In keeping with its original market plans Honor is bringing yet another one of its wearable out of China and into the vast India market. A couple of months after the Honor Band 4 was listed on Amazon India, it is now joined by the Honor Band 4 Running edition. And the price is pretty tantalizing at just INR 1,599 ($23). 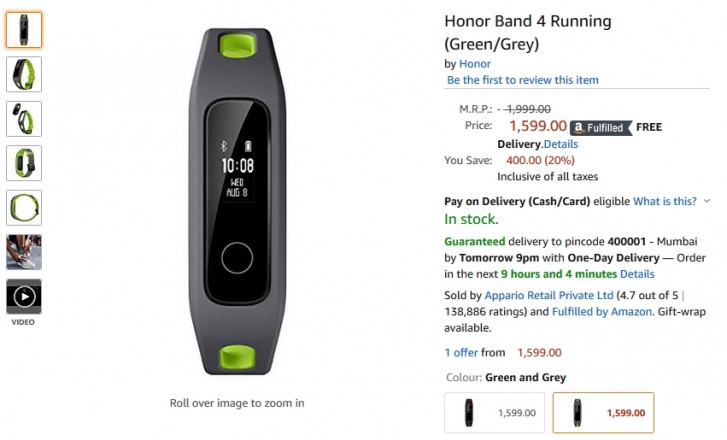 As a quick reminder, the Runners edition is somewhat of a "cut-down" version of the vanilla Honor Band 4 - a product that is already quite affordable at $30. It features a monochrome POLED unit and a smaller 77 mAh battery, compared to the Band 4's 0.95” color AMOLED and 100 mAh pack.

On the flip side, however, the Running edition does offer improved tracking specifically geared towards runners and can measure things like cadence, step length, ground contact and foot strike pattern.

The running edition also has a number of fresh colors to choose from, like Black, Blue, Red, Yellow, Green and Pink. Amazon India currently seems to only be carrying the Red and Green variants, though. Plus, we should note that the INR 1,599 ($23) price tag is marked as a discount one. So, if you fancy the wearable you better act now or risk having to pay an advertised MSRP of INR 1,999 ($28) instead.