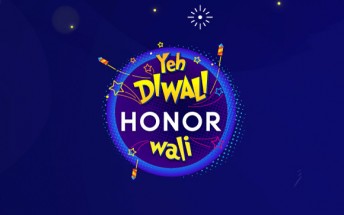 Honors festive offers were a hit in India  not just on Flipkart, but Amazon too. In total the company sold over 1 million devices, marking a massive 300% growth year over year. The Top 5 cities by sales were Hyderabad, Chennai, Bengaluru, Pune and Kolkata.

The star phone of Flipkarts Big Billion Days was the Honor 9N. Meanwhile, the Honor 8X was the best seller in in the INR 12-15,000 category over at Amazons Great Indian Festival. 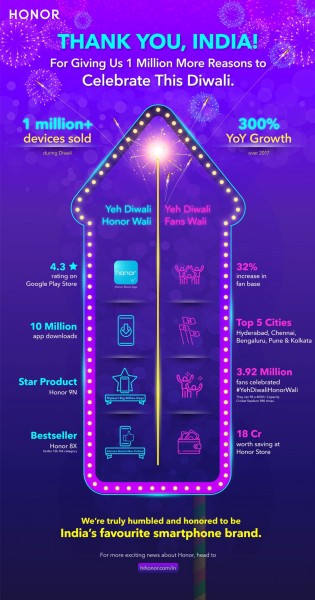 The massive sales lead to a 32% growth of the brands fan base. All told, 3.92 million Honor fans celebrated Diwali.

The brands online presence is growing too, the Honor App Store has reached 10 million downloads and is keeping a positive 4.3 star rating on the Google Play Store.

PS. The sale is still ongoing as it was extended until tomorrow.

Thanks for giving me an idea. I will sign up for Xiaomi event in New York, December 8 and buy many Pocophones as Christmas gifts. I would still not go for Huawei though.

I really would like to "INVALIDATE" all your answers, but unfortunately, I'm not a jobless man. HAHAHA.