Huawei officially announced its new Kirin 990 flagship SoC on Friday and the company already confirmed that the Mate 30-series will be the first phones to adopt it. Today, sub-brand Honor also reveled its first product to pack theits Kirin 990. 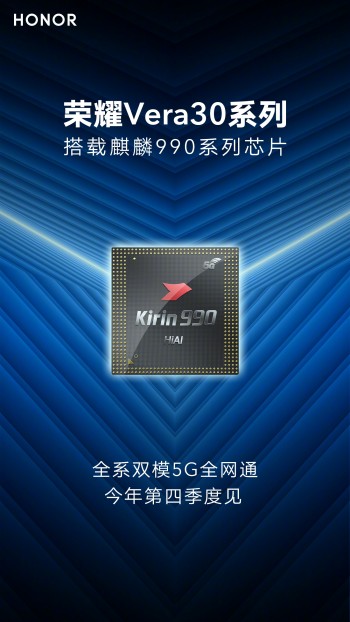 Honor's brand president officially confirmed the V30 name last month and today the company announced that the handset will be the first for the company to sport the SoC with 5G connectivity.

The V30 name is usually used for the Chinese market so if we see the phone make it outside the country, it will likely be called View 30.

..."but all brands make copies and changed it their own way, thats calls innovation." thats INOVATION? you got me with this :D

Who cares, more important is open source and transparence, do you think China ever implements GDPR and start to respect human rights

There were also a Honor V8 and Honor V9, did they copy those names from LG?