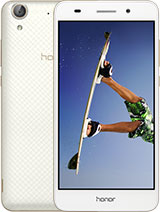 mikel, 26 May 2021Sorry bought the copyThis is an amazing phone excellent performance, long ladting battery, i love it

Aliboualbanii, 26 Nov 2020I have this device i have a problem. Mine under the cover n... moreSorry bought the copy

I have this device i have a problem. Mine under the cover named CAM-TL00H but in the system named CAM-U00L "i think"
The problem is that it captured only 2g network no matter what i do. And if i pick wcdma only the netword will be gone...
Any solution??

it's been almost 3 years since I bought it. It used to be my mom's and I use it now.
Works pretty fine but not the best. There's a lot of lag sometimes. It gets so annoying then but considering it's age, it's expected. Storage gets filled up every now and then. I don't use a lot of apps so I just uninstall one or two and it's works all good for me.
Fav features :
reading mode
split screen
notification blockers
etc etc etc

My phone is almost 3 years and it's working fine but now it's start battery problem and now they days working slow. Now I am thinking need other phone but I really like Huawei phone

CAMERA:
Good primary camera. I love to capture sceneries & this phone does its job well. Beautiful outcome in natural light (outdoors at daytime). The best thing about it is the time lapse feature. The secondary/selfie camera is average in my opinion. Simply put, its not too sharp but its not bad either.

CAPACITY:
This phone has 16gb of internal storage & 2gb of ram. I don't install a lot of apps, but I do surf the internet heavily & as I said, I take a lot of photos. Today, after 3 years, I used up 93% of my internal storage. A few lags every now & then, especially when I'm changing between apps like youtube, instagram, whatsapp & google. I wish the ram & storage was larger, but I can't ask too much from a budget phone.

BATTERY:
3100mAh. With very heavy surfing, mine only lasts for about half a day. With moderate usage (less surfing, + music & whatsapp), it lasts for a day or so.

MISC:
It has FM radio, which is a major plus point for me because I use it frequently (some phones don't have it). No gyro for camera, unfortunately. My favourite feature for this phone is the split screen, you can multitask & use 2 apps at a time by long-pressing the square button on the panel bar below. If you're not used to big screens (note that this was released in 2016, 5.5" phones were considered large back then), you can simply slide the panel bar below to the left or right. It will adjust the screen size.

Overall, this phone is above average in my opinion. It has its perks, but its worth every cent of its price.

I can't record stories (Snapchat, Instagram) , it has video problems, video gets slow/freezes but the audio works fine. Did anyone get a fix for this issue? Also cannot remove a lock screen by selecting no as it is disabled by administrator, the only solution to this is a reset or back up pin using the pattern lock screen option.

vic, 08 Jun 2018It's been a year and half and the phone battery hardly last... moreHi, Bad to read that. Mine have 2 years and 2 months without any problems, Works really fine.

In Argentina, it's known as Huawei GW

It's been a year and half and the phone battery hardly lasts half a day of keeping it at medium brightness and regular browsing.

Anonymous, 14 Apr 2018My leftside speaker is not working There is just one speaker and no stereo speakers available

Rach, 19 Dec 2017I can't record stories (Snapchat, Instagram) , it has video... moreI have the same problem with this phone, does anyone have a solution?

My leftside speaker is not working