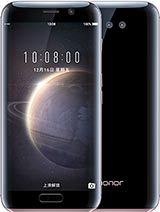 Holy crap, we need this sort of display but on a modern bezel-less phone now. Would look pretty heckin awesome with the extremely rounded curves on all 4 corners.

This phone is one of the very few non-Samsung phones with the same display as the Galaxy S5 prime, S6 series and S7

can anyone guide me which one to buy out of Galaxy S7, Honor Magic or Huawei p20 lite.
particularly in terms of camera result?

Hahawhatever, 30 Jul 2018There are still plenty of people using mate 8 which has the... moreI think you mean the Note 4

There are still plenty of people using mate 8 which has the same internal as honor magic and honor 8 in 2018 and will also in 2019
I think the Huawei and honor series are about most the durable along when iPhone 6s series and galaxy note 5 to came out in 2015.......another honorable mention is Xperia z5 premium .....

When Huawei will release this honor magic to midlle east

i got this phone for 3 days now,
so much better than any android phone ive used, we tried to compare with my friends s8 and this huawei phone is way better in every aspect!

When Huawei will release this honor magic to india