Honor has been really adamant about its independence from Huawei, especially in recent years. And while we definitely respect this stance and find it rather justified in the smartphone realm, with things like different model variations, priorities and target audiences, the situation in the wearable realm is a lot less clear-cut. 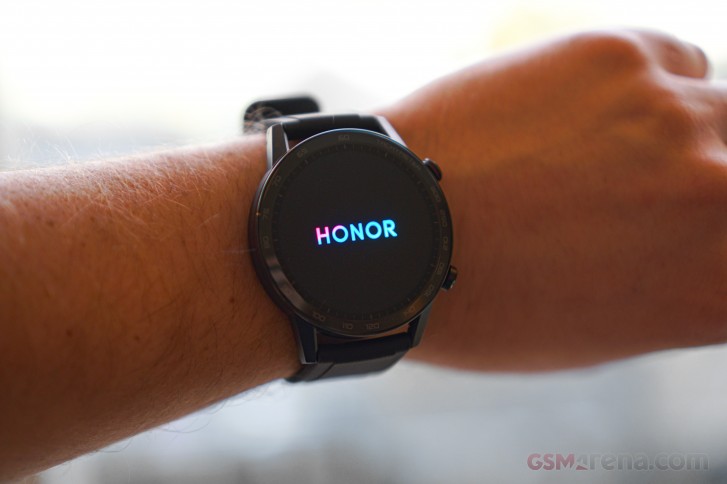 To be clear, should not be misconstrued as a negative comment on our end. On the contrary. We find Honor's current strategy of borrowing Huawei wearable tech, butting a slight spin and customization on top and typically lowering the price point a bit works pretty well. It did so with the original Huawei MagicWatch, which took after the Huawei Watch GT and now the same is transpiring with the hew MagicWatch 2. 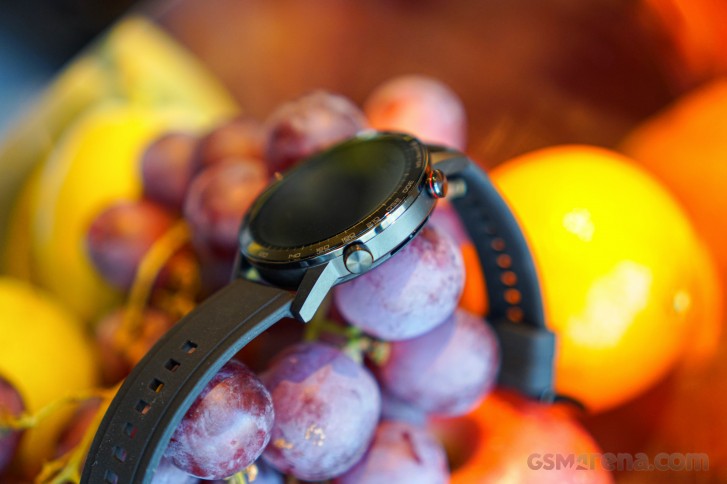 It's not hard to see that Honor's new wearable borrows most of both its internals and externals from its Huawei sibling. Again, that's the polar opposite of a bad strategy on Honor's end since Huawei has really stepped-up it wearable game as of late.

The MagicWatch2 features a solid, premium 361L stainless steel shell and a classic circular watch design. Styling-wise, it really is almost identical to the Huawei Watch GT 2, with most physical differences limited to changes in accents and other small details around the watch. Again, we can't really complain, since the Huawei Watch GT 2 has proven to be quite sturdy in our tests, while also arguably looking extremely stylish. The 5ATM (50 meter) water resistance rating is carried over as well.

Continuing down the list of similarities, the Honor MagicWatch 2 is also available in two sizes - 46mm and 42mm. The former tips the scale at 41 grams, while the latter is noticeably lighter at 29 grams. Again, identical to what you get with the Huawei Watch GT 2. And in a similar fashion, we would definitely recommend the bigger and heavier version to long-time watch wearers, due to its familiar weight and feel. Of course, the 42mm variant makes just as much sense and simply fills a slightly different market niche. The smaller body did necessitate a few cut-backs in features and hardware, but nothing really essential to the core functionality. Both models can be had with a wide selection of straps. Standard size ones at that, leaving the possibility for third-part straps wide open.

The MagicWatch 2 (46mm) is available in Charcoal Black and Flax Brown, while its smaller 42mm sibling comes in either Agate Black or Sakura Gold. And just like the Huawei Watch GT 2, the MagicWatch 2 is available in a few different editions, as well as size variants. These mostly tweak the frame of the watch and its overall silhouette.

Editions aside, the most apparent physical difference between the 46mm and 42mm models is the display size. Both get a vibrant OLED panel, which looks incredibly sharp, while providing improved battery efficiency. The 46mm MagicWatch 2 has 1.39 inches in diagonal to work with and a crisp 454 x 454 pixel resolution, working out to 326 ppi. It's smaller sibling - 1.2 inches, 390 x 390 pixels and the same 326 ppi density.

Like the numbers suggest, there is absolutely no difference in visual fidelity between the two sizes. Also, in keeping with the general spirit so far, these displays are unsurprisingly the same Impressive panels you would find on the Huawei Watch GT 2 family of watches.

On the inside, the Honor MagicWatch 2 pair is perhaps even more familiar, since all the hardware is basically borrowed from the Huawei Watch GT 2 line. The overall hardware and feature differences between the 46mm and 42mm models are carried over as well. 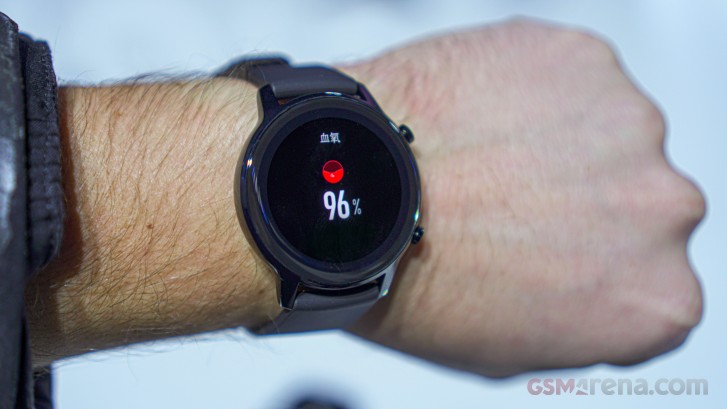 Just to reiterate once again, this is not a complaint in any way since both wearables are built around Huawei's excellent new Kirin A1 platform. It is really feature-packed in terms of activity and health tracking, as well as connectivity. Perhaps most impressive, though, is the chip's power efficiency. Honor claims an impressive 14 days of battery life, with a mixed usage pattern, including sleep and heart rate monitoring, notifications for messages and a 90-minute workout regiment per-week with the on-board GPS on. You can even throw in 30 minutes of music playback every week and still get to three weeks on a charge. Pretty impressive and having observed similar results on the Huawei Watch GT 2 in real life, we have no reason to doubt Honor's identical numbers. 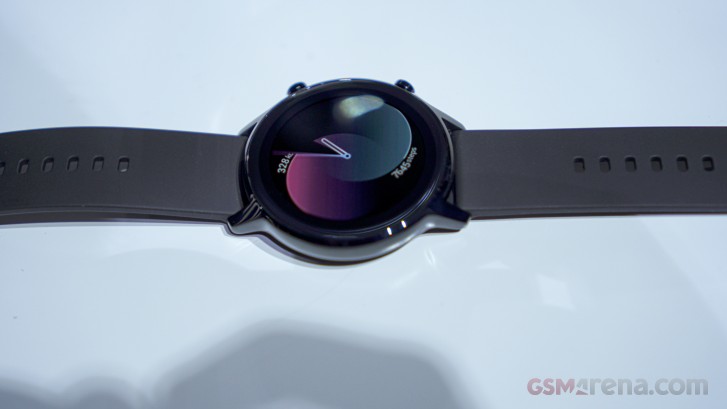 Of course, these numbers are for the bigger 46mm model. It's 43mm sibling has a smaller battery, so you can expect around a week away from the charger with the same usage pattern. That, of course, being one of the downsides on the smaller model. Another notable one would be the lack of Bluetooth call and receive capabilities.

Thanks to its baked-in Bluetooth 5.1 and speaker and mic combo, the 46mm MagicWatch 2 can make and receive calls at up to 150 meters away from your phone. You can either use the aforementioned hardware in a speakerphone configuration or attach a Bluetooth headset to the wearable and talk on the phone that way. The smaller 42mm MagicWatch 2 still has the same Bluetooth adaptor, but it can only use it for music playback.

Both versions have 4GB of on-board memory, 2GB of which is accessible as user storage for music. You can enjoy a pretty decent level of autonomous use with the MagicWatch 2 and thanks to other built-in features like Weather, Alarm, Timer and Find My Phone, a lot of smartwatch basics are covered as well.

That might sound like somewhat strange of a statement to make. The more observant among you might have also noticed that we haven't really referred to the MagicWatch 2 a smartwatch thus far. That is absolutely intentional on our end, since we aren't quite sure how to categorise the MagicWatch 2.

The line is a bit murky when it comes to smartwatches, but the typically accepted norm is that a wearable needs to have an expandable OS to be considered a smartwatch. In a sense, just like the Huawei Watch GT 2, the Honor MagicWatch 2 does run a proprietary OS that occasionally gets new features, which Huawei does refer to as apps, as well as new watch faces and various other options. Unlike Samsung's Tizen wearables and some Wear OS devices, however, you don't get the option to download and install new apps and features yourself. So, technically speaking, the MagicWatch 2 is a fitness wearable or smart activity tracker with extra features added on. In practical terms, though, it really blurs the line. Many will find that the feature set is perfectly adequate. All the while, a closed-down software platform on a non-standard, optimised chip like the Kirin A1 clearly has tangible benefits when it comes to power efficiency. 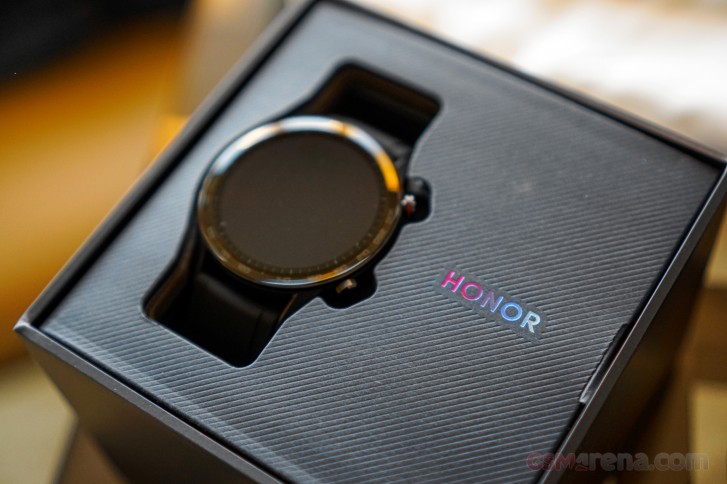 Still, it's a good idea to be familiar with what you can expect form the MagicWatch 2. It is a closed-down proprietary system and what you see out of the box is what you get. No extra apps and features. Beyond that, there are decent customization options. While still a bit limited, the watchface selection has definitely been improving steadily.

On the plus side, the OS appears to be pretty decently optimised to run on the Kirin A1. Animations are adequately smooth and the MagicWatch 2 feels snappy and responsive. Definitely a leg up from other similar devices we have tested in the past, like the Amazfit GTR and Bip or the popular Xiaomi Mi Band line of wearables.

Speaking of the OS and its features, we already went over the basic - notifications, weather, timers and even calls if you go for the bigger 46mm MagicWatch 2. Naturally, as with most wearables, the meat of the functionality is geared towards activity tracking and monitoring of vitals. The MagicWatch 2 is no slough in either. 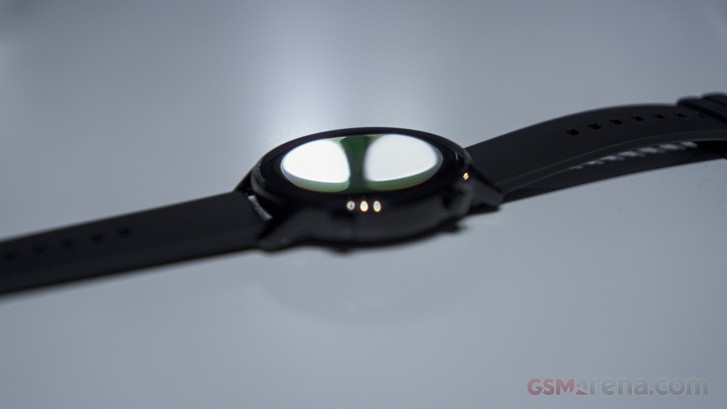 HUAWEI TruSeen is a fairly sophisticated 24/7 heart rate monitoring algorithm that can issue alerts when your pulse goes above or below typical or accepted levels. That, in itself, makes to whole concept of having heart rate date a bit more practically useful to the average user. Huawei TrueRelax analyses the same data and can guide you through breathing exercises whenever your stress levels rise. The wearable's heart rate monitor also plays a part in sleep tracking. HUAWEI TruSleep 2.0 claims it can diagnose 6 common types of sleep disorder and offer-up over 200 corresponding suggestions. Granted, that sounds like a bit too ambitious. 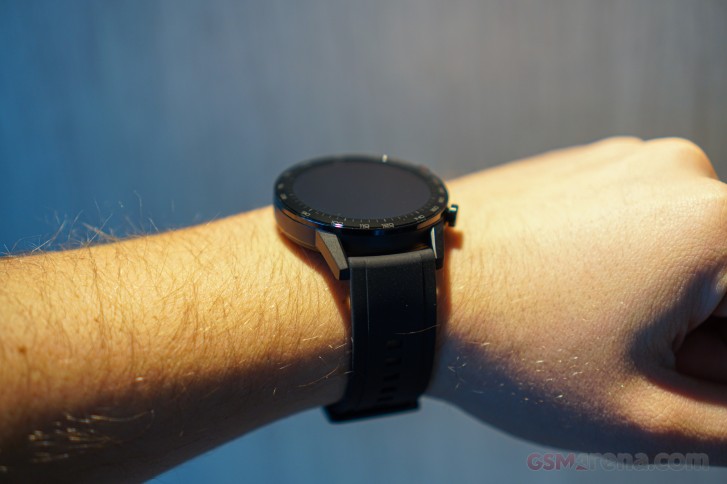 As for as more tangible data tracking goes, the MagicWatch 2 does offer an impressive 15 goal-based fitness modes, including 8 outdoor and 7 indoor sports. Running, hiking, cycling, triathlons, rowing machines and free training are just some of the examples. On top of this, there is also a selection of 13 indoor and outdoor running courses, divided into different levels form beginner to advanced. These feature real time VoiceOver guidance. There is also a Virtual Pacesetter that offers up reminders to help you keep up with a certain pace to stay within a personal pre-set target time.

The Honor MagicWatch 2 also feels pretty comfortable in water with its 5ATM rating. Not only that, but it can actually actively track your swimming activity, including heart rate, SWOLF score, distance, speed and calories burned.

Even though the Honor MagicWatch 2 comes as a predictable successor to the original MagicWatch and and equally predictable nearly identical twin to the Huawei Watch GT 2, it is still quite an impressive and tempting package. 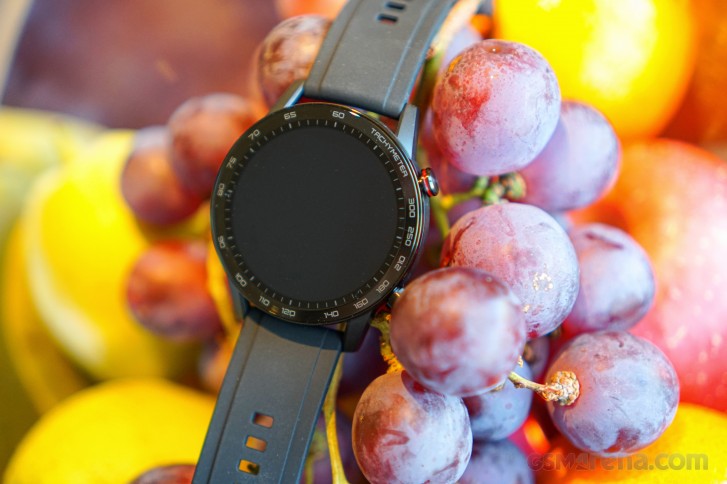 It is part of a growing wave of hybrid wearables that sit a leg above traditional fitness wearables in both looks and features, while borrowing most of the functionality of traditional smartwatches, with much better battery endurance numbers. A tempting middle ground for a growing number of smart wearable adopters.

The Honor MagicWatch 2 will be available on global markets staring December 12. Pricing is as follows:

As per official sources, that should translate to EUR 179 starting price fo the 42mm version and EUR 189 for the 46mm one.