We admit we were delighted to handle the Honor Play - its metal body was a breath of fresh air after a series of glass and glossy devices. Once the aluminum unibody was the popular choice, but now only a few phones get to offer it and the Honor Play is one of those rarities.

The aluminum unibody of the Honor Play is designed the right way - flat back, curved sides with rounded corners, and the good old antenna lines running fashionably around the top and bottom. For some reason, Honor decided to paint those in a darker violet hue than the rest of the body. 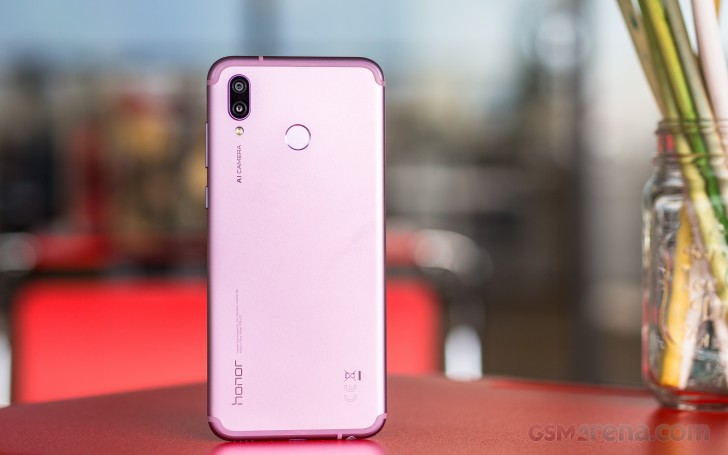 The fingerprint reader is on the back, always-on as usual, and blazing-fast and accurate. That's the experience we usually get with Huawei-made devices and we are happy this hasn't changed a bit.

The dual-camera setup is humping around, too. There is a 16MP primary cam here and a secondary 2MP sensor for depth sensing. A single LED flash sits outside the camera deck. 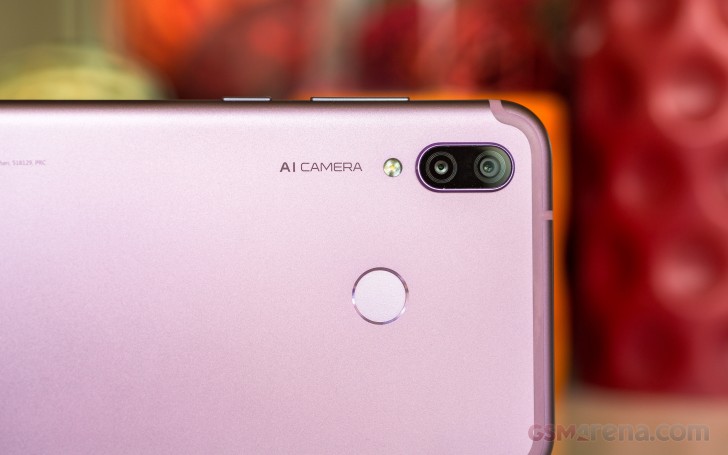 Huawei, and its Honor subsidiary, like to brag with the AI prowess of the camera. Just like with the Honor 10, the Play model also gets AI CAMERA inscription on the back. We're glad they haven't started putting texts with the phone's other features around the body, too.

The Honor Play looks modern and trendier at the front. That's because it packs a large 6.3" display with tiny bezels and the mother of all trends - the cutout! The notch houses the earpiece, the sensors, and the 16MP selfie snapper, while a tiny LED notification blinker is hidden beneath the earpiece grille. 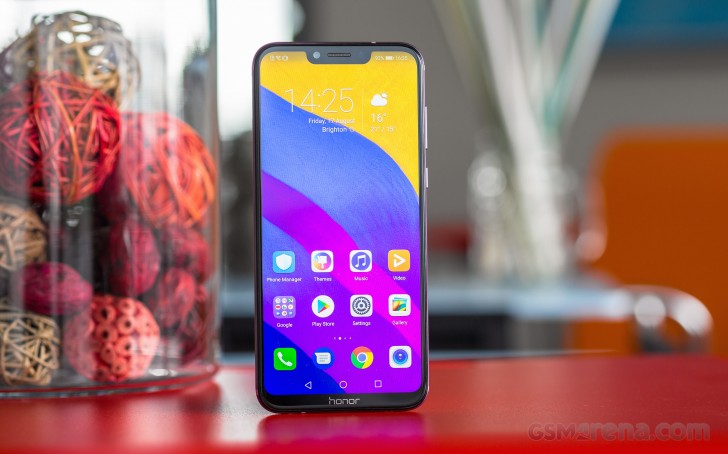 A notched screen is one way to trim the bezels and while not a fan-favorite, we can't be angry with makers opting to give us less bezels even if it's at the expense of a notch. 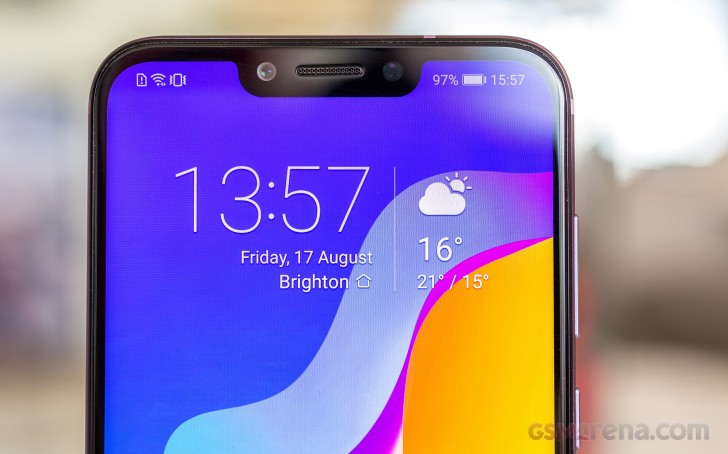 Honor isn't specifying the type of glass used to protect the screen, but the history has taught us that sooner or later it will turn out to be one of those tough to break Gorillas.

The Honor Play features all necessary ports - analogue audio and USB Type-C, while its SIM slot is of the hybrid kind - you can swap the second SIM for a microSD card.

The recent Honor Play global announcement introduced two special color options with some design elements imitating a PCB traces running along the back - Player Edition Red and Player Edition Black, the latter with red accents around the hardware keys, camera and fingerprint scanner. They round the tally up to five colors, including the standard Midnight Black, Navy Blue, and Ultra Violet (the one we are reviewing).

Finally, the Play's metal unibody has a pleasant matte finish, which boosts the grip and balances the curvy frame which on the other hand is compromising it. The Honor feels secure enough in hand, though one-handed operations are rarely possible at this screen size.