Honor is expected to bring its new Play 5 series of phones and the company has now revealed when will the launch take place - May 18. Next Tuesday we’ll see a phone with four cameras on the back, a waterdrop notch on the front and apparently an OLED screen since the official poster reveals no visible fingerprint scanners. 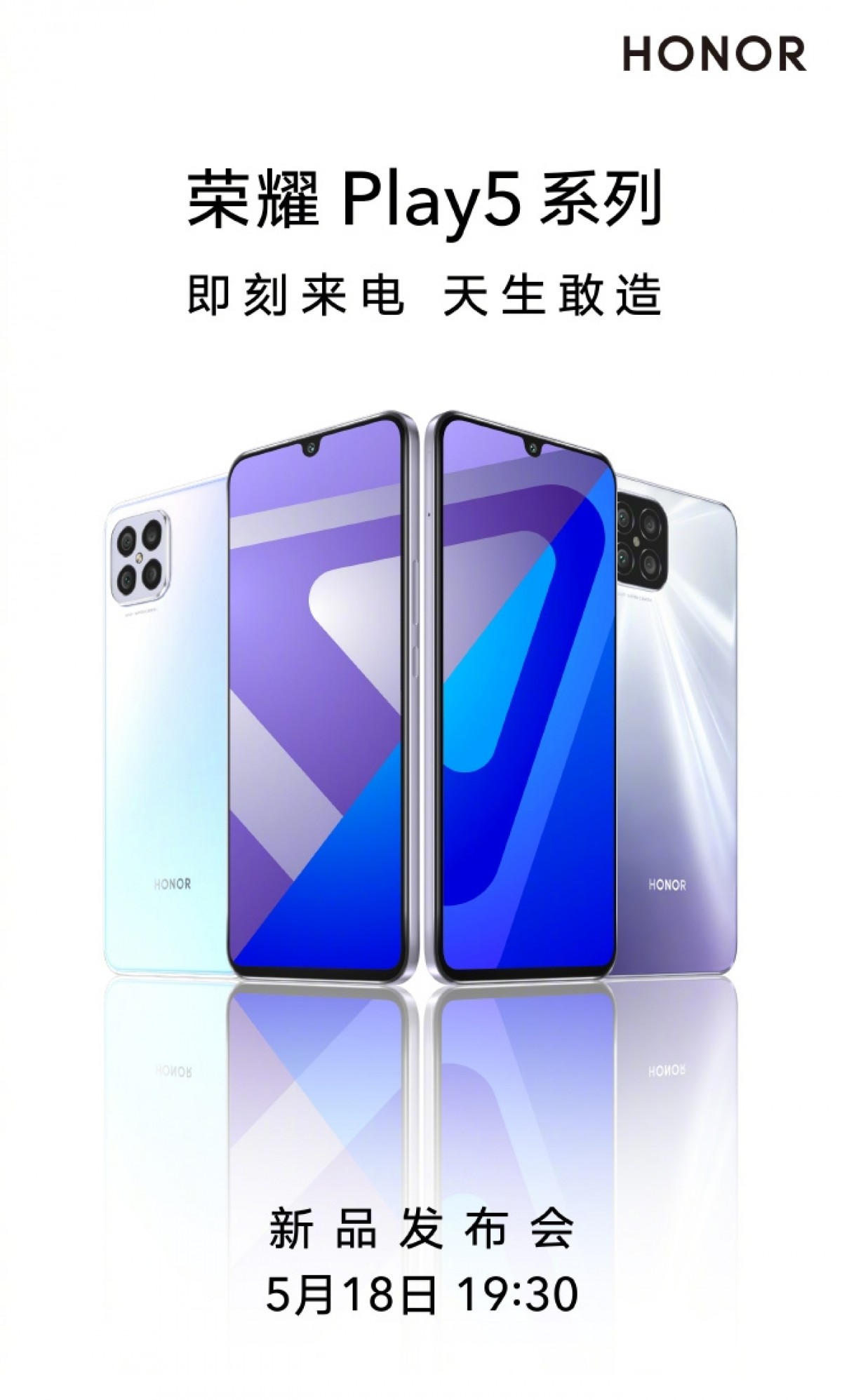 The image was posted on Weibo, and it raised some eyebrows since we’ve already seen another Honor Play 5 smartphone that has a different camera setup on the back. However, it is more likely that we’re looking at two different phones that are part of the same lineup - Honor Play 5 and Honor Play 5 Pro or something similar.

Both phone will have a 64MP quad-cam on the back, as seen on the renders. Others specs are still rumored, but they are pointing to a 6.53” OLED with Full HD+ resolution, a Dimensity 800U chipset (at least for one of them) and an ultra-thin body - just 7.46 mm, with a total weight of 179 grams.

The battery capacity is said to be 3,800 mAh, and we’re wondering if Honor has inherited the Huawei SuperCharge standards, or it has decided to develop its own technology.

Exclusive: This is the Honor Play 5

Snapdragon 888 Plus to power Q3 flagships, Honor will make one of them

Google play store support or not

Still no google. Other chinese manufacturer already caught up of this company. I am a oneplus user still a chinese co. And they follow internation rules and regulation.