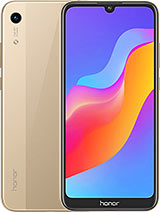 many apps cant to install

Will HONOR 8A be updated in 2021? I saw some updates on their website, but did not mention the 2021 version.
https://www.hihonor.com/france/product/honor-8a

Mahdi, 10 Aug 2020Now I'm commenting by honor 8a and I wanna explain my ... moreIs it good for whatsapp and facebook

IMPULSIF, 15 Oct 2020Woah sorry for the spam😅... My phone can install LOL wild rift..thank you

Anonymous, 15 Oct 2020Can't play league of legends: wild rift :< You need clear junk files and delete what you don't need. Try to clear your RAM and if you can't play also it's not available in your country. Try to use VPN.

Ana, 28 Jun 2020Help me please, which is better: Honor 8a or Motorola G6? ... moreWell, its quite hard to recommend you which one should you choose. If you were previous owner of Huawei or Honor phone, than in that case I would go with Honor 8a. To be honest, they are very similar in terms of specs. Moto g6 does have a bit smaller but better display with full hd resolution, but that also means that the battery life on Moto g6 will be a bit worser than on Honor 8a. Perfomance should be about the same. Personally, I would recommend to spend a bit more money and get Xiaomi Redmi Note 8 which is fantastic phone for its price. Just go for the one which you like more and which suits your more. Again, they are very simmilar.

Help me please, which is better: Honor 8a or Motorola G6?
What is your expiriance?

Bought this phone on January of 2020 for 120 euros. It was either this or Galaxy A10 which costed 130 euros, which had 1gig less of ram but bigger battery. So, long story short, I choosed and bought Honor 8a. For the price, its very decent budget little phone! P35 is decent chipset to be honest, hence the perfomance were quite good for basic tasks. Even tho the battery is 3020mAh, its still enought to last a day which good amount of use, except if you do some gaming for which this phone isnt really the best at. Display is decent, and quite sharp considering its just standard hd lcd display but its nothing special. On direct sun it can be sometimes difficult to see whats going on the phone, but thats to be excpected. Still, I bealive that display is better than on the Galaxy A10 and maybe even better than on half of the phones under 120 euros. This phones still has Android 9 with EMUI skin, and there is very little to non chance that it will get Android 10. Still, Huawei did great job of optimizing the system for this phone. EMUI brings alot of interesting option and settings, which really surprised me for quite a bit, something which Samsung doesnt do with One UI on their cheaper series of phones. Cameras on this phone are, well, openly said shit. Front cam is good enough, while the camera on the back is, well, ummm, lets say usable for some basic photographs. Im not going to mention how it performs in low light(well its horrible, I mean its to be expected). Its not the worst which Ive seen, but, its still not really that much good. Overall for the phone at this price, its more than good. For some average user which doesnt need some fancy dslr type of camera on their phone, I bealive thats its gonna do the job. Definetly recommend it ;)

disappointed with the battery but I think the power-efficiency of the Helio P35 will be able to even it out well !

has the potential to be a decent budget range smartphone !