Honor Play 9A arriving on March 30 with a huge battery

The Honor 30 lineup is coming in seven days, and now we hear the Honor Play 9A will join the party as well. An official teaser was posted on the Weibo page of Honor, revealing the launch date of March 30, as well as the suggestion it will have a huge battery. 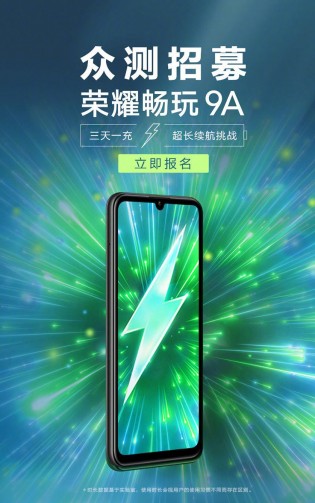 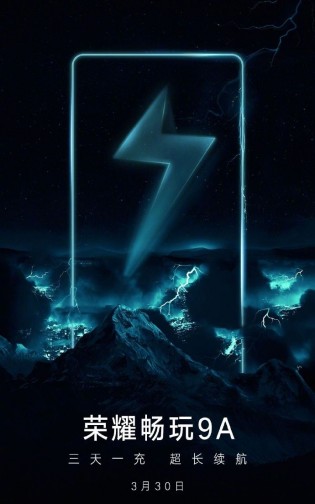 The Honor Play 9A was leaked with its official renders, and the phone was said to come with Helio P35 chipset, 4GB RAM and up to 128GB of storage. The battery was rumored to be 5,000 mAh, and looking at how Honor advertises the phone with “long life” and “super endurance”, the rumor might be true.

Interestingly enough, the predecessor Honor Play 8A had the same chipset. Launching a phone with a dated SoC is likely to bring the price down, but won’t do wonders in the performance department. We expect the phone to be in the ultra-affordable price range, so no more than $120 or CNY899.

Honor Play 9A passes through TENAA

Honor officially confirms the Honor 30S will use the Kirin 820 chipset, talks about its 5G modem