Honor V10 sold out in its first flash sale

Yesterday we told you about the massive interest in the new Honor V10. Today the phone was launched in its first flash sale in China and all units got sold out in minutes, the company bragged on Weibo. There will be another round of sales next Tuesday on December 12, but according to the numbers, units might go out as fast as the first time. 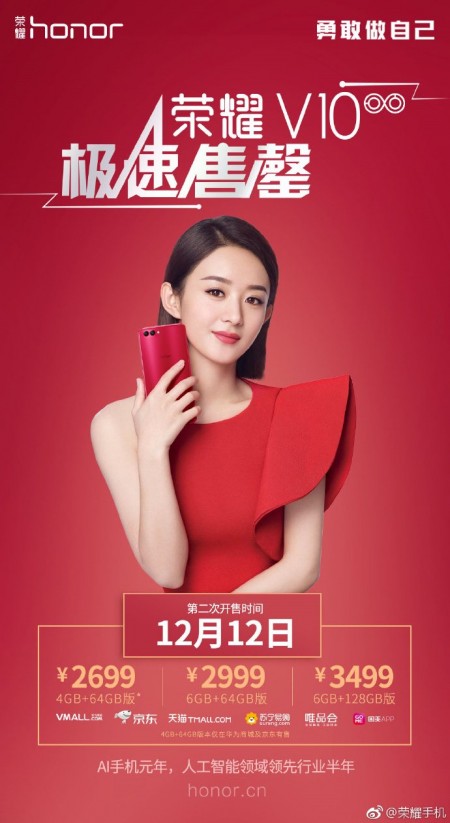 In order to compete for the prize, buyers have to share a screenshot of their purchase.

The Honor V10 might be China-only for now, but an event is happening this afternoon in London where the phone will be announced globally. We have already dispatched ninjas at the venue and we will report as it unfolds.

Over 570,000 registrations for the Huawei Honor V10 on JD.com alone

Nova 2s=Honor 9pro -in the world I think.