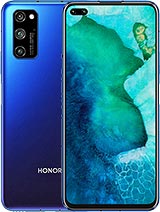 what is the best phone and affordable price

I am fine with either LCD or OLED but if given the choice, I would choose LCD because it is cheaper and does not have burn in issue. My mom and my aunt had phones with OLED, they all had screen burn. LCD is also much cheaper than OLED, but I do not hate any of them

I'm shocked by all of the opinions here. I'm one of those that prefer LCD IPS display over anything else. No one can convince me that the colours produced by OLED displays are natural and more often than not AMOLED and OLED displays makes you get a headchae.

Anonymous, 18 Mar 2020All flagship or higher-end Honor smartphones come with IPS ... moreu think it's so hard for companies to use OLED displays? NO the reason they are not using OLED is just because OLED panels have Burin-in issue, go to tube and see how many people have burin-in in their phones(in less than 1-year usage)
So i am super glad that HONOR thinks about customers

This is part of the tradition and one of the contributing selling point. There is a significant percentage of Chinese buyers who insist on getting IPS screen over any OLED (or AMOLED) screen. In particular, they insist on getting IPS screen with flagship smartphones. Those are tech-savvy buyers who have had extensive prior experience with both IPS and AMOLED screens and have a clear understanding of both the pluses and minuses of both type of screens.

assa, 17 Feb 2020lcd screen replacement is very costly as far as honor 8 pro... moreThis is why a case and protector is worth it mate. UwU (sad for your wallet)

B, 22 Jan 2020Yes my honor 8 LCD is still going strong. 400+ ppi is where... morelcd screen replacement is very costly as far as honor 8 pro is concerned. unfortunately my screen broke twice. the cost of changing screens twice could have brought me a new very smart phone. :-(

deus, 20 Jan 2020its second place on dxomark! so phone is beast...yes. and the review of this phone here, says its a good overal camera, loooollll.

Anonymous, 19 Jan 2020Can't trust review from China. It's long rumoured that HW h... moreYou sound like quite the keyboard warrior yourself. I prefer LCD

its second place on dxomark! so phone is beast...

Can't trust review from China. It's long rumoured that HW hires legion of keyboard worriors to do review. For all that you know, may be it's just to boost sales for LCD phone.

They may be good in those camera tech though. High score in dxo. Won't be getting any HW phone any time soon. No point paying premium for the package of inconvience that comes along with HW phones.

Expensive . For 450 bucs you can buy the Xiaomi mi note 10 .Nowadays Huawei is coming with expensive phones without Google Services . No thanks .

Anonymous, 28 Nov 2019Lcd is this phone's best feature. I hope more phones start ... moreYeah. In comment forums in China many people are purchasing it because of the LCD display due to eye sensitivity to Amoled screens

There is play store on this honor v30 my brother got the phone Google play services work fine here.