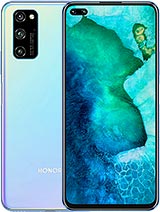 Arthur, 27 Apr 2020Huawei Huawei you are now becoming over iphone on pricing s... moreSamsung is just as overpriced

Anonymous, 26 Feb 2020i want ask if i download some app as apk its will work?? li... moreHuawei Huawei you are now becoming over iphone on pricing smartphones.

Huawei phones aew over priced,if you continue like this,you will loose market especially in Africa na Asia like sumsang ,Oppo ,real me and redme will take over

This system employs a small laser transmitter and a receiver. It sends a laser beam to the subject and it bounces back to reach the receiver. Using some mathematical algorithms, It calculates the time taken for the beam to hit the subject and come back.
It is the fastest autofocusing and works in very low lighting, but it fails to focus subjects on the long distance as the laser transmitter is not a powerful one.

What's the meaning of laser AF?

2. Huawei Nova 6 SE- the fact that they rebranded it as another nova series phone, however I dont mind it being rebranded as the P40 Lite

This is part of the tradition and one of the contributing selling point. There is a significant percentage of Chinese buyers who insist on getting IPS screen over any OLED (or AMOLED) screen. In particular, they insist on getting IPS screen with flagship smartphones. Those are tech-savvy buyers who have had extensive prior experience with both IPS and AMOLED screens and have a clear understanding of both the pluses and minuses of both type of screens.

nikita14, 15 Mar 2020ips display 2020 , no thanks. honor rip with honor play .sa... moreHonor is a sub brand. Perhaps Huawei doesn’t want Honor becoming their own company and break away, or Honor is the MID-RANGE or BUDGET sub-brand of Huawei.

ips display 2020 , no thanks. honor rip with honor play .sad for them

alongzs72, 02 Mar 2020I just dont get it on one thing..... This device - Honor... moreYou are overlooking some important features! Just do a comparison and you'll see :)

There are some differences in the cores of both phones

This device - Honor View 30 pro is a new device from Huawei which was launch on Febuary 2020.

If u all check very carefully......this device is exactly the same device which was launch on September 2019 and it was Honor V30 Pro......U guys can check it and compare between this two device .......EVERYTHING IS THE SAME.......

I dont understand on todays Phone maker strategy....are they trying to fool people by selling the same product to customer which was the same product launch last year and make money......or something else......this kind of strategy is also happen on Xiaomi product.....im soooo confusing now.........

CptPower, 26 Feb 2020Radio for what??? Download one from store. And for the j... moreWhy buy dongle/converter, you are giving $400 for what??? instead, go for another brand like Redmi/Realme/Asus they give same specification in half price i.e $200.

Huaweiâ€‹ pls take Google Service back, one of the Huawei fan. I am sure that u are adorable and fantastic design from others.

And Price $400... wow Huawei... That's the reason people choose redmi/realme.
Even in $200 we can get all these features in redmi/realme smartphones.

ryxtic Ray, 25 Feb 2020Now y premium phones does not have radio and 3.5mm jackRadio for what???
Download one from store.
And for the jack use dongle. Converter from USB C to 3,5mm jack.
Its not that hard or buy wireless headphones.