Honor has developed a new feature called Gaming+, which will improve the energy efficiency of the Kirin 980 chipset by 20%. This is done by using an AI to predict the best CPU and GPU clockspeeds needed to render the next frame. This keeps the gameplay at a smooth 60fps without boosting the clockspeed needlessly high. 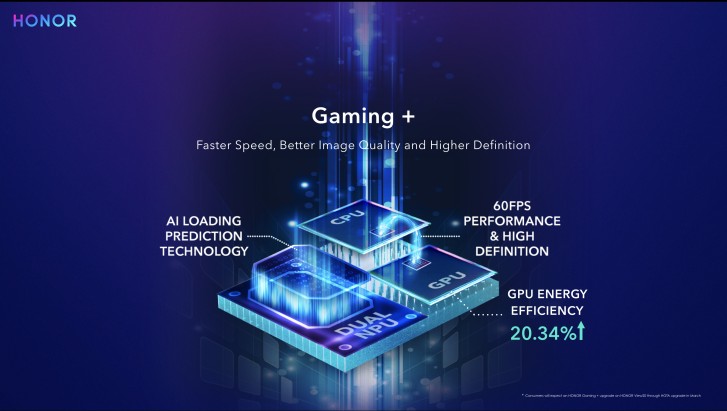 Honor is also moving towards Vulcan-based gaming. This will enable HDR rendering for improved image quality in games.

Epic Games has been busy adding Vulcan support to Fortnite (it will be available soon). This and other games (Arena of Valor and QQ Speed) will work with the Gaming+ mode. That 20% improvement in efficiency mentioned above was measured exactly in the Vulcan version of Fortnite.

To celebrate their partnership with Epic, Honor will give View 20 owners an exclusive Honor Guard outfit. Head to HiHonor.com to redeem the outfit.

The 3D ToF sensor on the back of the View 20 can already track your body in 3D for motion-controlled games. In the future, the sensor will also be used for Augmented Reality shopping and social networking experiences.

Starting in early March, Honor 8X buyers in Western Europe will have the option to buy the new Phantom Blue color – a unique dual texture gradient color. It will be available in the UK (through HiHonor), Germany (Amazon), France (Fnac) and Italy (many stores). 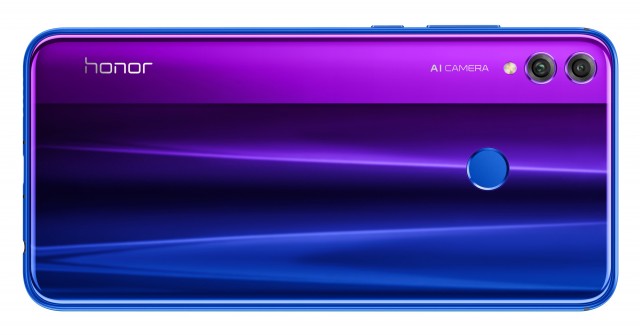 The Honor 8X and the 8X Max have sold over 10 million units since their launch in September.

Our Honor 8X video review is up

Yea. Iphones are more optimized in it. It has better textures and better draw distance Also in 60fps mode its resolution drops to 720p from 745p so its not a major sacrifice unlike others And it gets sickly smooth 60fps even in high graphics th...

Is it different from GPU Turbo?

It would be great if they can provide basic features at first place. Games and apps are not running full screen, when I play games the notification bar are along with camera hole showing black strip. what's the point of providing this punch hole ...