Huawei’s subsidiary is introducing the Honor View 20 under the name Honor V20 in China next Wednesday. The announcement may be six days away, but we have more and more info, incoming on a daily basis.

Latest leaks and rumors showcase the back panel of a phone called Honor V20 Maserati Edition, meaning another auto brand is joining the smartphone business with its design series. We also know how much the phone will cost and how many memory combos it will have - two, the more expensive of both setting you back no more than $500. 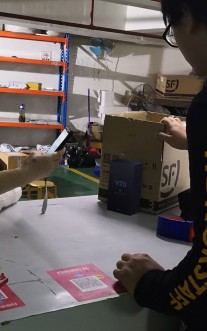 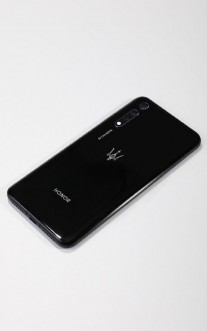 It appears the Maserati Edition from two days ago will be real. Bear in mind that this might be just a render or the special phone could be different from the vanilla V20, after all, Huawei Mate RS Porsche Design is nothing like the Huawei P20 Pro, both released at the same event in March 2018.

Two of the colors will be called Charm Blue and Midnight Black. All we need to appear online is the full specs sheet and the December 26 will be just an officiation and rumor round-up of the Honor View 20.

damn pls try to put your words into facts too since Samsung was the first one who visualize a hole in a phone and even patented the idea of it. and yes they pioneered the Porsche brand in their devices but it was the blackberry who did it first and ...

Being an Indian we don't have gud political relationship with China , but I have grown up seeing Jackie Chen and most of the products I use are from China (dirt cheap and good quality) . I remember when I couldnt afford a smart phone Xiaomi came with...

In case u dunno. Huawei has been doing Porsche editions on their phones for a few years now. They were the first among the Chinese brand to do it.