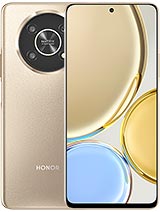 Nalsenai, 02 Jan 2022I just want to say that the design of this phone, especiall... moreI just want to say that Huawei and honor have been doing this design for yeaaars, they aren't copying anything. Also, it's a circle... a literal circle, so it's not like a y revolutionary design that u can copyright and trademark. Stop being such a Nokia simp, they're washed up

X30 Max can install Google play, anyone please confirm this phone can?

Nalsenai, 02 Jan 2022I just want to say that the design of this phone, especiall... moreOr they recycled the mate 30 design they have had for years now. Doubt anyone ever thought of copying and android Nokia of all things. Meanwhile the exact opposite was the case 20 years ago.

I just want to say that the design of this phone, especially the design of the rear camera, is a copy of the Nokia X20. Of course, I am not talking about the specifications of the phones, but about the external design.

Anonymous, 18 Dec 2021The back is looks like copycat of Nokia X10 & X20 🌚🌚🌚Close enough, but it's actually the exact same rear design as the Cubot Max 3, which does look similar to some Nokia and Huawei Mate devices, but looks exactly the same as this phone, and that one was released way earlier.

Does it work on cdma?

Danish Badass, 18 Dec 2021If it had googloglu I would buy itThey probably release a Google version for western market under new name later.

EricDVP, 19 Dec 2021maybe nokia x10 and x20 are copy from mate 40?that design from Nokia was months before Huawei released the Mate 40 Nokia's had it for a while.

lim, 18 Dec 2021sorry no card slot not buyinglol! Anybody asky you to purchase?

The looks is too beautiful
If this design have a Plus features like
1 .AMOLED screen
2.telephoto camera or midrange good camera
3.ip 53 or 67
And the price will be like 350$
Then it will be the best design and best phone to buy ..
Hope this features will be available in this pro model

sorry no card slot not buying