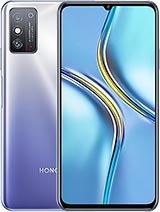 such a big breaks

Anonymous, 09 Jan 2022Not available in saudi Arabia Unfortunately the good smartphones dont get to be available for us in Saudi Arabia

Not available in saudi Arabia

I have the X10 max and this x30 has an exact same screen not good resolution slow refresh 60hz rate not recommend.

His is just Mate 20 X copy, they at least could put camera in the corner

Bert , 06 Dec 2021Why not available in saudi Arabia Have in LuLu Hypermarket

Why not available in saudi Arabia

Anyone know what LTE/4G and 5G bands this is capable of? Thanks.

AmAnteMeridy, 01 Dec 2021I'm a college student in China, and I got this phone a... moreNot quite sure why you dish this phablet, my emphasis being on the word "phablet', namely a device that fits between a mobile phone and tablet device, which it evidently succeeds in doing. As such, this phablet represents a replacement for the Honor Note 10 and Huawei Mate 20 X, both launched in 2018. Given that the greater than 7 inch display size market segment is one often overlooked many are thankful Honor has not abandoned the segment and launched a device at a budget price and one that allows users a decent Android experience - my 14 year old daughter is very happy with this phone, as am I due to the fact I did not need to spend US$1000 plus, instead, I paid under US$400 in Hong Kong for a device that will last my daughter two years, her Honor Note 10 lasted 3 years.

I'm a college student in China, and I got this phone as a reviewing sample from HONOR itself. Apart from the speed of 5G and pretty good screen brightness and a pair of great speakers, it's a quite dumb phone: it's simply too large to handle in one hand, comparing to my daily phone Pixel 3 it's straight forward unusable if I'm holding it while carrying something else in my other hand. Plus, a 1080P screen with such a poor PPI thanks to its "RGBRGW" sub pixel layout the screen isn't outstanding either, normal text looks really blurry.
And the camera is also poor, no ultra-wide or even a 3X telephoto lens is not enough for a 2021 phone, but the most of X30 Max is really just last year's X10 Max anyway. And it starts at RMB 2,399 in mainland China, I have to say its specs has 0 advantage in its price range, it should be AVOIDED while picking a choice.

I played a little with this phone in an Honor shop here in China. It's quite nice and definitely is snappier than a Note 10 if you're still using that like me. The 60Hz screen is nice albeit no always on feature because it's IPS, I would definitely prefer AMOLED 90hz or more. Viewing angles are good and color and contrast look nice. It actually feels light and bezels are smaller, making it more compact than Honor Note 10 with similar display size. Camera looks good enough in both photo and video, huge improvement over Note 10. I would prefer a little faster chipset but it felt quick enough to be honest, unless you're a gamer. Speaker sound is quite good, unforunately I didn't hear the 3.5mm headphone jack. Price is a little high but there's no competition at that size, unfortunately. I'd definitely be in the market for a pricier version with AMOLED, better SOC, but it does have a headphone jack and the rest is OK, so I might just get one..

atam, 22 Nov 2021poor chipset / cpu / gpu...should use snapdragonMaybe it will be good for normal day use?

Just picked this phone up in Hong Kong for my daughter, its a replacement for the Honor Note 10 that was purchased in October 2018 - cash price in the HKSAR was approx. US$390 and can confirm you can load phone with Google Apps and Google play via Gspace. Not much size wise between this model and the Honor Note 10 - as far as teenagers go, this is a good phone at a decent price point, certainly not a Gamer phone.

Mk, 14 Nov 2021All 7 inch screen phone take focus !!! Grade A: huawei m... moreI've owned a mi max 3 for the past 3 years...it's an amazing phone...still haven't found anything to top it. I'm running on custom ROM which is great and solves many issues...
I'm at odds about the X30 Max. Not sure the upgrade is worth it - a bit more RAM, a better camera but no IR and a terrible form factor but that's the way we're fated with this form factor...

Grade A: huawei mate 20X, black shark 3 pro
(Too expensive for me)

Not Available in Indian market but why??